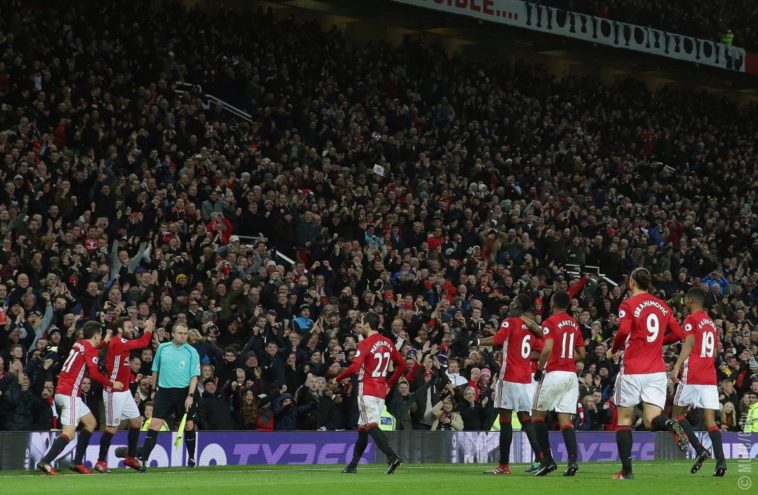 Manchester United Came from behind to beat newly promoted side Middlesbrough in yesterday afternoons New Years Eve tie at Old Trafford, in a game that evoked memories of days gone by.

He are five things we learned from the game

1. Manchester United have banished memories of Moyes and Van Gaal

The boring dull football of the Moyes and Van Gaal era’s are over! With the two former managers at the helm, United would have lost this one without a doubt. Jose Mourinho has added a steel and a belief to the Manchester United side again, something we haven’t seen for quite some time since a certain Mr Ferguson was in charge.

The Portuguese manager identified four key positions he wished to strengthen, and bought four players accordingly. Mkhitaryan and Pogba had a slow start to life at Old Trafford, but with Mourinho’s guidance and direction, they are both now crucial to his plans.

Both Moyes and Van Gaal were guilty of trying to shoehorn Wayne Rooney into the side to satisfy the club Captain, but with Zlatan Ibrahimovic playing every minute of every game, and United having settled on a midfield 3 of Pogba Carrick and Herrera, it is difficult to see where the 31-year old will fit in upon his return from injury.

3. Anthony Martial is getting back to his best

The Frenchman was Manchester United’s man of the moment last season, and top scorer too. This term under Jose Mourinho, the youngster has struggled to adapt to the new style of play and the new number on his back.

However, the £36million signing is starting to settle back down, and put in a master class yesterday from his wide left position. He scored the equaliser with a well taken first time finish as well as hitting the post with a superb long range effort late in the first half. He needs to heed his managers advice and stop listening to his agent, whilst letting his feet do the talking on the pitch.

Despite being the better side throughout, Manchester United struggled to break down a well organised Middlesbrough side at Old Trafford. The highest placed representatives for the North East in the Premier League offered an open game with the energetic Adams Traore being a constant threat to the United back line, whilst the defence and midfield threw their bodies on the line time and time again to deny the Manchester United onslaught. With a few additions in January, Boro will find themselves extending their stay in the top flight.

5. Refereeing standards are woeful, and are getting worse

Lee Mason was the man at the centre of this one, and he got it spectacularly wrong.

Late in the first half he disallowed a Man United opening goal from the boot of Zlatan Ibrahimovic. The Swede excellent scored with a flying strike at the near post, only to see the goal chalked off as he was adjudged to have had a high boot. The replays showed that yes, his boot was high, but it was not dangerous play as there was nobody near him. The ball flew past Valdes, who subsequently clattered into Ibrahimovic and rolled around on the floor, an action which probably led to Lee Masons mind being changed. Interestingly, the linesman who was excellently placed to see the so called dangerous play, saw nothing wrong with the strike.

The FA need to get a grip of the officials as well as introduce some form of video technology  as quickly as possible to nip this epidemic in the bud.