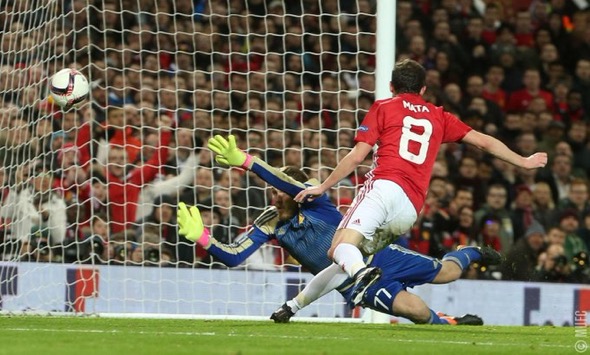 It will be two games that no one will ever want to look back on but the most important thing was to get the job done.

The first half began as was expected with United dominating the ball and having 80% possession. Rostov were entirely camped in their own half looking to stop United from scoring and offering no attacking threat whatsoever.

The first clear chance of the game came from a corner. Marcos Rojo’s header was saved Medvedev in the Rostov goal, the ball fell to Zlatan Ibrahimovic who hit the post at a tight angle. Medvedev then was caught way off his line by Henrik Mkhitaryan who attempted to chip the keeper from 20 yards but the effort drifted wide of the post.

The best chance of the half came when Ibrahimovic dribbled with the ball outside the box and unleashed a fierce shot that cannoned off the woodwork again.

United had their first nervous moment of the game in the second half. Sardar Azmoun shot from the edge of the box to test Sergio Romero in the United goal but Romero was able to deal with the shot from the ‘Iranian Messi’.

Finally, the breakthrough came for United with 20 minutes remaining. A run from Mkhitaryan got United up the pitch.  His low cross was flicked on by Ibrahimovic to find Juan Mata who tapped the ball into the net from close range to ease the United nerves.

In the last seconds of the game United could have been taken to extra time. A free kick for Rostov 30 yards from goal was struck cleverly and powerfully by Noboa which made Sergio Romero deliver a world class save to ensure United progressed to the quarter finals of the Europa League.

United’s progression came at a price with Paul Pogba pulling up with a hamstring injury and most likely being out for 3-4 weeks. Pogba will be a massive loss to United regardless of what others may say about the Frenchman.