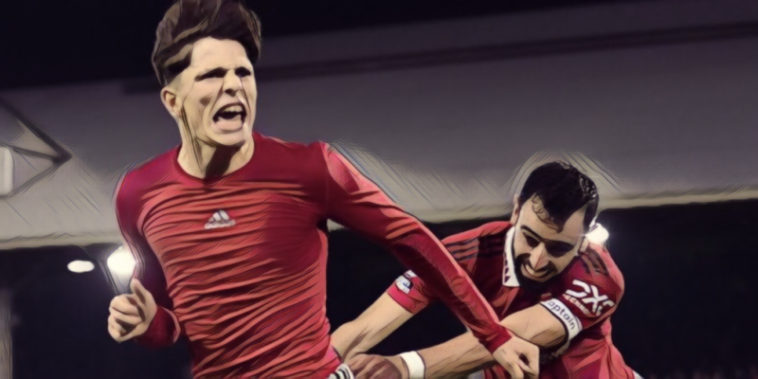 Man United achieved an unlikely victory just as this year’s iteration of the biggest football tournament is about to begin and everyone is wondering how to bet on the World Cup. With Erik Ten Hag finding himself utterly ecstatic from the victory, the team finally had a breather. Here’s what we know.

The match in question was played between Fulham and Man United at Craven Cottage on Sunday night, November 13. The game came in as The Red Devils had recently suffered a defeat on November 6 to Aston Villa 3-1 after previously having been undefeated for nine games straight across multiple competitions, and five only in Premier League matches; a sour defeat for which they then paid The Lions in spice just four days after, at the Carabao Cup by beating them 4-2.

On Fulham’s side, they had been having mixed results, leaning on the low side; on October 29 they didn’t muster a win against Everton who is currently standing in the 17th spot of the League, in a match that should have gone easily in their favor. Instead, it ended in a disappointing 0-0. They were then beaten on November 5 by Man City 2-1.

During the match, Manchester United was quick to pressure its opponent and in just 14 minutes Christian Eriksen scored the first goal which put them in the advantage for the first half, It seemed as if The Lily Whites had reserved all of their strength and anger for the second half of the game, as Daniel James brought in the equalizer goal in minute 61; they then proceeded to mount a near impenetrable defense which The Red Devils had trouble circumventing. It seemed as if the match was going to end in a draw, as Fulham was allowing none of Man U’s tricks to bypass them; yet as the game was nearing its end Alejandro Garnacho managed to pull one more goal in minute 90+3 surprising almost everyone and securing the win for the Devils.

Fulham’s morale has been devastated after this latest match. It will be really hard to cope with it, and yet fortunately their next matches are scheduled for the 26th and 31st of December, against Crystal Palace and Southampton, so at least they will get some respite and time enough to gather their strength.

On its end Manchester United will also be very busy in December, as they have the month full of Club Friendlies, for example, they will first face Cadiz on the 7th and then Betis on the 10th. And their next big match in the Carabao Cup is set for the 20th against Burnley. In any case, the face-off against the Lilly Whites has really raised their spirits, and since they will have a few weeks to rest thanks to the World Cup, they will surely be able to deliver a great performance moving onwards.

In the end, however, it was foreseeable that Fulham would not be able to beat Man United, as The Red Devils have always had the upper hand against the Lily Whites. In any case, this game is over, and far more profitable matches await the top Asian bookmakers.