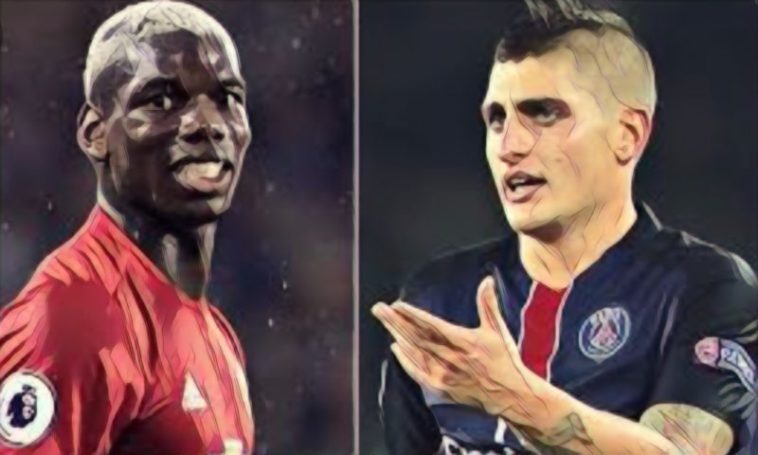 France international Pogba only returned to Old Trafford for a then World Record Transfer fee of £89 million in the summer of 2016, although he has struggled for consistency in the Premier League and his relationship with Red Devils boss Jose Mourinho is somewhat strained.

United’s Portuguese coach is eager to recruit a midfield metronome in the mould of Italy international Verratti, and the Old Trafford outfit have made enquiries about signing the 25-year-old.

However, according to reports in the Sun, PSG have told United that they would be willing to let Verratti move to England if the deal includes Pogba coming in the other direction, with the French Champions also prepared to stump up a considerable amount of cash.

Despite PSG under pressure to comply with Financial Fair Play regulations after their mega money signings of Neymar and Kylian Mbappe last season, the Qatari owned club are said to be keen on adding another marquee signing to their ranks this season.

It remains to be seen whether United would be willing to let Pogba leave as he is still highly rated at Old Trafford, not to mention the fact he has huge commercial value – something the clubs CEO Ed Woodward is keenly aware of.

👀 Manchester United have reportedly been offered Marco Verratti and cash for Paul Pogba.