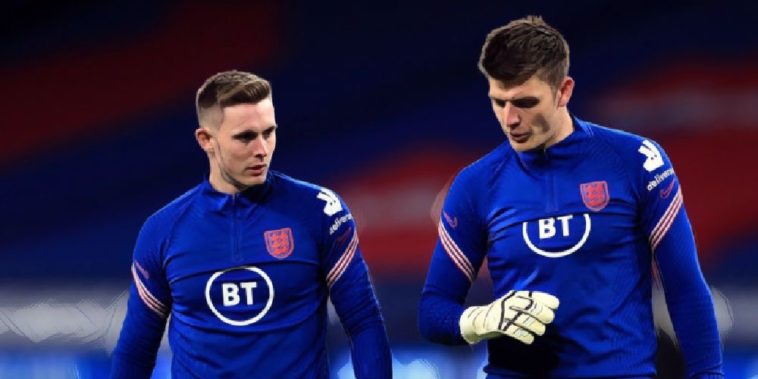 Manchester United are being linked with Burnley stopper Nick Pope this summer, with the club concerned that Dean Henderson is not ready to be the club’s number one.

Following Henderson’s return from two seasons on-loan at Sheffield United in the summer, there has been constant debate over who should be the Red Devils starting goalkeeper, particularly with David De Gea having been inconsistent in the last 18 months or so.

The majority of this campaign has seen the Spaniard remain as Ole Gunnar Solskjaer’s first-choice, with the younger Englishman largely having been deployed in domestic cup competitions.

With De Gea granted leave to return to Spain for the birth of his first child last week, the 24-year-old has been handed the chance to impress with a run of games, although after a strong performance in the Manchester Derby, the England international was perhaps at fault in United‘s 1-1 draw with AC Milan on Thursday night.

The former Shrewsbury Town loanee is reportedly unwilling to spend another season as a back-up option, while there has been speculation in recent weeks that De Gea may be allowed to leave this summer, with Paris Saint-Germain one of the club’s said to be interested.

Although there are calls to give Henderson the number one spot beyond this season, according to the Daily Star, United are concerned that he is ‘too inexperienced’ for the role, with Burnley’s Nick Pope one of the player’s they are considering.

The 28-year-old has had another fine season between the sticks at Turf Moor and is in the reckoning to be Gareth Southgate’s first choice at the European Championship’s this summer.

The former Charlton stopper is also on the radar of Tottenham in the upcoming transfer window, as the future of World Cup winner, Hugo Lloris looks increasingly uncertain.

Having reportedly been valued at £50m last year, Pope could well be worth more come the end of the season, particularly if he does go on to play a key role for England in the summer.

One issue that may impact his chances of a move to Old Trafford is whether he is good enough with the ball at his feet, a factor that has seen Jordan Pickford remain as Southgate’s number one despite his erratic form at Everton.

As for United, they have also been linked with Jan Oblak and Gianluigi Donnarumma in recent weeks, while the report suggests that Brighton stopper Robert Sanchez is also peaking their interest.

With De Gea having two year left to run on his current deal, now may be the best time to move him on in order to generate funds, while signing a replacement could spell the end for Henderson, who doesn’t appear keen to play understudy for another season.