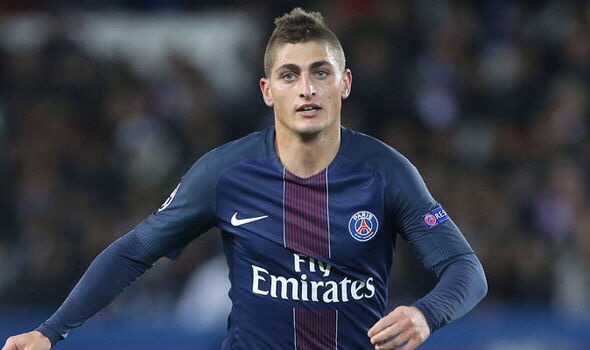 Manchester United are being linked with a move for Paris Saint-Germain midfield star Marco Verratti following reports in Italy.

The Italian international has been linked with a move to Barcelona this summer, but was forced to issue an apology after his agent, Donato Di Campli, claimed the player was being kept prisoner by the French club.

The relationship between the player and his agent has totally broken down following this incident, with reports in Italy suggesting that Verratti will now seek new representation.

Italian journalist Alfredo Pedulla claims that Verratti is looking to change his agent to fellow Italian, Mino Raiola. Raiola is known to have excellent links with Manchester United at the moment, having brokered deals for Zlatan Ibrahimovuc, Henrikh Mkhitaryan, Romelu Lukaku and Paul Pogba in the last 12 months, the latter of which earned the agent a reported £40million.

Man Utd are known to be in the market for a new central midfielder and have been left frustrated in their search. They have been told by Tottenham that Eric Dier is not for sale, while  Chelsea would prefer to sell Nemanja Matic to Juventus rather than a Premier League rival.

TuttoMercatoWeb claim that United have made tentative talks with Verratt, who would command a hefty transfer fee in excess of €75m.