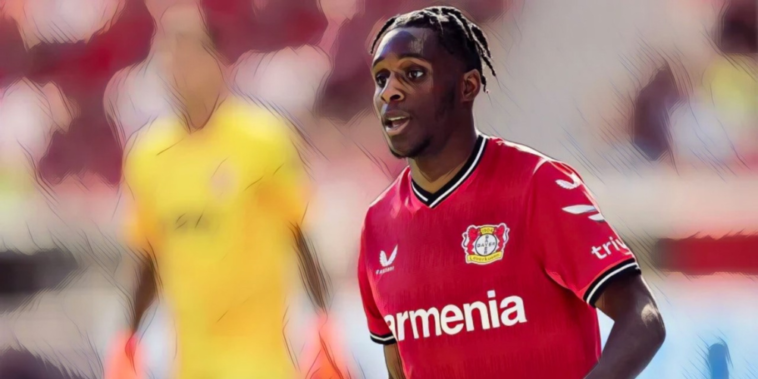 Jeremie Frimpong is among the defenders that Manchester United have scouted as the club consider additions at right-back.

Frimpong has excelled since leaving Celtic to sign for Bayer Leverkusen and was named in the Bundesliga’s Team of the Season for 2021/22.

He has began the new season in fine form with five goals in 21 appearances for the German side, performances which earned Frimpong a place in the Netherlands squad for the 2022 World Cup in Qatar.

According to Fabrizio Romano, United have scouted Frimpong as Erik ten Hag looks to sign another right-back, though the club are considering several options.

The 22-year-old came through the academy system at Manchester City, having moved to England as a child. He failed to make a senior appearance for City before joining Celtic in 2019, where he won a Scottish domestic treble in 2019/20 and was voted the club’s Young Player of the Season.

Ten Hag: "We need 2 good fullbacks [on the left and right] because we have a lot of games to come”, tells Sky via @utdreport 🚨🔴 #MUFC

Man Utd will explore market for new right-back, depending on Wan-Bissaka departure.

Jeremie Frimpong among players scouted — not the only one. pic.twitter.com/xhBqryp35Z

United’s interest in Frimpong comes amid uncertainty surrounding Aaron Wan-Bissaka’s future. The defender is expected to leave in January with the 25-year-old having made just one substitute appearance in the Premier League so far this season.

Wolves, West Ham and former side Crystal Palace have all been linked and Romano is reporting that the Red Devils will ‘explore the market’ for a full-back should Wan-Bissaka depart.