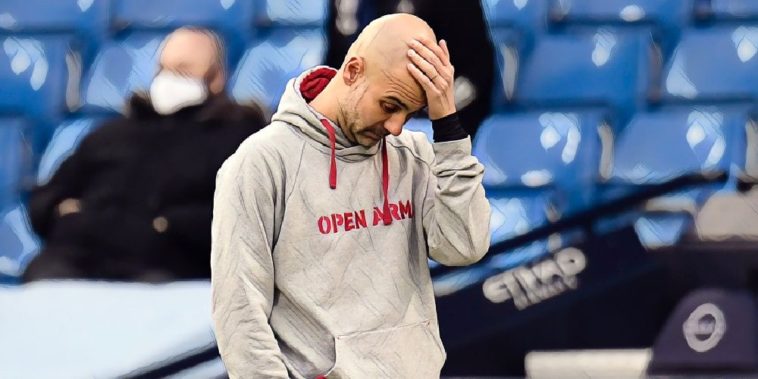 Manchester City youngster Liam Delap is set for an increased role this season, after the club missed out on the signing of Cristiano Ronaldo.

The champions look set to be frustrated in their pursuit of a new striking addition this summer, with the void left by the departed Sergio Aguero still to be filled with just days left in the transfer window.

The last few months had been dominated by talk of a high profile move for England captain Harry Kane, yet the 28-year-old has since announced his decision to stay where he is, with Tottenham and Daniel Levy reluctant to part ways with their star asset.

With that move shelved, speculation had begun to build in recent days that City could well turn to Ronaldo as a suitable replacement, the player seemingly ready to potentially harm his reputation at rivals Manchester United, in order to pursue a move to the Etihad.

However, after a shock twist of events on Friday morning, the 36-year-old reportedly had a change of heart and was swayed into returning to Old Trafford, leaving Pep Guardiola’s side perhaps a little short in the striking department.

That being said, the failure to recruit a top class centre-forward has potentially opened the door for increased involvement for youth-team star Liam Delap, as per the Telegraph.

The report suggests that the teenager will not be shipped out on-loan as anticipated and will stay and fight for a first-team spot, as one of the few recognised strikers in the club’s arsenal.

The early weeks of the season have seen last year’s summer signing Ferran Torres deployed in a false nine role, while Brazilian international Gabriel Jesus is usually a centre-forward option, although did impress in a right-wing berth in the 5-0 thrashing of Norwich City last weekend.

The previous campaign saw the extended absence of both Jesus and Aguero force Guardiola to change tact, the likes of Phil Foden, Raheem Sterling and Kevin De Bruyne all featuring through the middle on occasion.

That lack of a recognised striker did little to halt the club’s progress, as they went on to romp to the league title and secure the Carabao Cup, while also reaching the Champions League final.

With no striking addition made this summer, it looks as if Delap – son of former Stoke City midfielder, Rory – will feature more prominently, as confirmed by the City boss:

“Of course he will be a part. We should not forget how well we have done in the recent past with the same squad as we have,” Guardiola said at a pre-match press conference.

“Always we are trying to improve. But we have four or five players in the academy that we can absolutely count on and Liam is one them.”

The former Barcelona manager went on to add that he is still more than happy with his current squad despite not making a centre-forward signing, with the club having added £100m man Jack Grealish to an already impressive looking unit.

“We have many players who can play in that position. Raheem (Sterling) can play as a striker, Ferran can play there, Gabriel can play there, Riyad (Mahrez) can play there, even Jack,” he said.
“So of course we do not have a typical striker but we can find alternatives. We scored a lot, a lot of goals playing without a striker and with a striker.
“It’s about playing better and achieving the intensity and desire, the hunger, the soul that we had against Norwich and we consistent in every game. This is the target – play better.”

City round off their August fixtures with a clash against Arsenal on Saturday afternoon, the final game before next week’s international break.