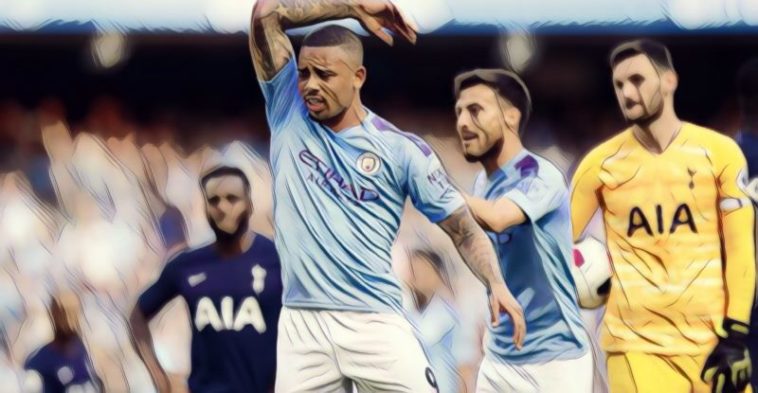 With the teams that gave us that famous Champions League quarter-final encounter at the Etihad back in April meeting on just the second weekend of the season, it was always going to be an interesting affair.

It was an entertaining and controversial 2-2 draw in Manchester that saw VAR play another huge part in proceedings. Whilst City dominated the match they could not find a winning goal, getting pegged back twice by an underperforming but determined Tottenham side.

In with the new but not out with the old?

Pochettino gave a second consecutive start to his new record signing Tanguy Ndombele in the middle of the park and also gave Giovani Lo Celso his debut from the bench, but it was perhaps an old name in the starting XI that caught the most attention.

Christian Eriksen turned the game on its head for Spurs last week, inspiring the North London club to a 3-1 victory over Aston Villa from the bench, entering the affray with his team losing. With only one year left on his contract and an apparent desire from the Danish international to seek a new challenge abroad, many Tottenham fans fear they could still lose their key man before the European transfer window closes. Perhaps this was the clearest sign yet that they have nothing to fear… at least for another year anyway.

Another instrumental player who missed out at the Tottenham Hotspur stadium last week was veteran defender Jan Vertonghen. It was reported that he was so angry at his total omission for the matchday squad that his teammates were surprised he stayed around to watch the victory.

Pochettino played down these reports stating, “There is not any issue, only my decision was to play with Toby and Davinson.” The 31-year-old Belgium is another player who only has another season left on his current deal and as a fan favourite at Spurs, supporters are desperate to keep hold of their most experienced defender. His presence on the Tottenham bench would have been a very welcomed sight.

Before today’s late kick-off the Argentinean striking sensation had netted 26 goals in his last 20 games at the Etihad, his lovely delicate finish, steered into the corner of Lloris’ net made it 27 in 21 games. Surprisingly it was Aguero’s first Premier League goal against Spurs for over four years, but it was inevitable after De Bruyne put it on a plate for his prolific teammate.

Pep Guardiola has the luxury of having two world-class strikers at his disposal and started young Brazilian prospect Gabriel Jesus last weekend at the London Stadium in City’s 5-0 demolition over West Ham, although his South American compatriot reminded the young pretender he is far from finished with his latest exploits.

Aguero exploded onto the scene on his debut 8 years ago against Swansea scoring a brace and grabbing an assist at the Cityzens stomping ground. The former Atletico Madrid man has scored 20 or more Premier League goals for Manchester City on six occasions now and is the clubs all-time record goal-scorer. With his tendency to pick up an injury or two throughout the campaign, Jesus will often be called into action but City’s star man has once again shown he rules supreme at the Etihad Stadium.

You just couldn’t write it. Manchester City were once again denied a goal at the death against Spurs by VAR. The new rules stating that a goal cannot be scored when the ball has come off a players arm, deliberate or not, once again came into play, as Leander Dendoncker’s effort for Wolves was chalked off for a similar incident last week.

City thought they’d snatched the victory at the death that their domination deserved, sparking wild scenes after Gabriel Jesus lashed the ball into the corner of the net but replays showed Aymeric Laporte’s arm had guided it into his path. Just months after City were denied a place in the Champions League semi-finals for only the second time in their history after the Video Assistant Referee ruled out a Raheem Sterling effort for offside, the new technology rose again to Tottenham’s aid.

The celebration and then inevitable wait for confirmation or reversal of a goal is something players, staff and fans alike are going to have to get used to in football and it may take some time to adjust but ultimately by the letter of the law the decision was correct and that is something we all desired before VAR’s introduction.

Tottenham may have only drawn with Manchester City but they certainly won the moral victory. It is often said that title winners win when they’re not playing their best football and whilst Spurs didn’t get the three points at the Etihad today, they are the first team not to leave the east side of Manchester empty handed in 2019.

Pochettino’s side had remarkably gone 16 months without recording an away draw in the Premier League before this result, going the entire 2018/19 campaign without sharing the points away from home. Lucas Moura’s first touch, 19 seconds after coming on as a substitute for Harry Winks, ensured that streak ended.

The much-praised Argentinean manager claimed this week that Tottenham must win a trophy this season for it to be classed as a success. There is no denying the amazing job he has done since arriving from Southampton in 2014 but silverware has eluded him, a fact he cannot get away from.

Pochettino has worked on a shoestring budget for much of his time in North London but now with the magnificent Stadium complete and investment in the squad over the summer, many feel now is the time for Spurs to end their trophy drought.

Zinchenko’s 100% record comes to an end

The young Ukrainian arrived in Manchester as an attacking midfielder but seems to have been guided under Pep’s supervision into a very decent left full-back. Before today’s 2-2 draw, the 22-year-old had started 23 Premier League games and recorded 23 victories.

City may feel rightly aggrieved that they could not extend this record as De Bruyne pulled the strings beating his assists total for the entire previous season with two wonderfully crafted crosses, adding to his one against West Ham last time out, but Tottenham’s new found resilience and VAR meant they had to share the spoils.

Wolves reportedly had a £16million offer accepted for the winger turned defender last summer and Pep was prepared to let him leave but the youngster was keen to stay and prove his worth. It will be a decision that he remembers fondly, featuring heavily in City’s Premier League run-in last season after Benjamin Mendy’s injuries and Fabian Delph’s lack of discipline meant he became first choice left-back.

It is a status that he has kept at the start of the current campaign with Delphs departure to Everton, Mendy still not recovered from injury and the returning Angelino yet to feature. Whilst the Ukrainian discovered how it feels not to win today, he’ll be hoping it’s not a sensation he has to get used to.