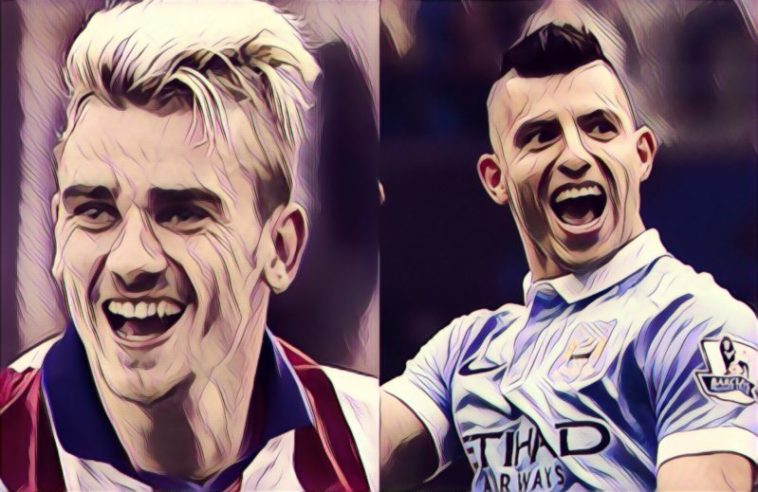 Argentina international Aguero has been prolific since joining City from Atletico in 2011, and has gone on to become the club’s record goalscorer. The 29-year-old is on course to win his third Premier League title this season, however his manager Pep Gaurdiola is known to not be a big fan of traditional number nines and the feeling is he may well be allowed to leave the club next summer.

Reports in The Sun today suggest that City may now use Aguero as bait to try and lure French international Griezmann to the Etihad.

Atletico’s 26-year-old striker has proven himself to be one of Europes deadliest finishers over the last few seasons and Guardiola is said to be huge fan of his talents.

Griezmann of course came close to joining City’s bitter rival Man United last summer, only to pull out of the deal when his club were slapped with a transfer ban which prohibited them from signing a replacement.

The talented striker has a release clause of £85 million in his contract and is also said to be demanding wages of around £400,000 per week, so if Jose Mourinho does rekindle his interest in the player we may well see the Manchester clubs duking it out for the signature of a world-class forward in the way they did over Alexis Sanchez very soon.