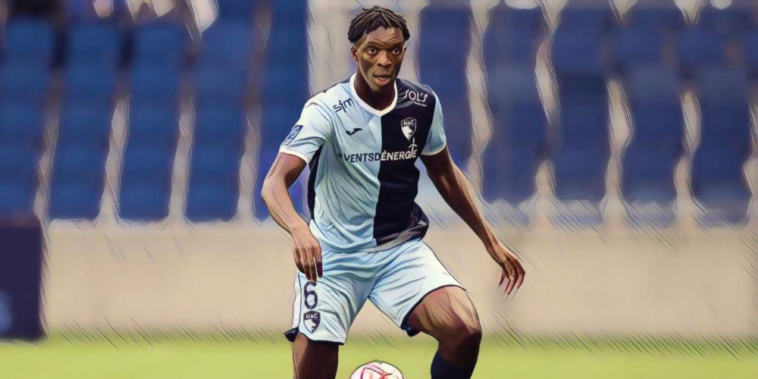 Manchester City are ‘one step away’ from securing a deal for Le Havre teenager Isaak Toure, with the central defender set to sign a long-term contract at the Etihad.

Toure has visited the training facilities of the Premier League champions and is close to committing his future to the club, with City having beaten off competition from the likes of Newcastle, Marseille and Lyon to secure the signing of the promising defender.

L’Equipe are reporting that several sides from France and Germany expressed an interest in signing Toure during the winter window, though the 19-year-old chose to remain with Le Havre and made 16 appearances in Ligue 2 last season.

Toure – who stands a towering 6ft 9in – has represented France up to u19 level and has made a positive impression since stepping up to senior club football.

The arrangement is likely to include Toure being loaned to Troyes next season as he gains further experience, with the French side competing in Ligue 1 under the umbrella of the City Football Group.

Toure could become City’s second signing of the summer following the arrival of Erling Haaland from Borussia Dortmund, whilst Pep Guardiola is also understood to be interested in additions at full-back and central midfield.

The club are expected to accelerate their interest in Leeds’ Kalvin Phillips, while Brighton left-back Marc Cucurella has also been linked.

Julian Alvarez is also set to link up with the squad this summer after joining in January, before remaining on loan at River Plate across the second half of the season.