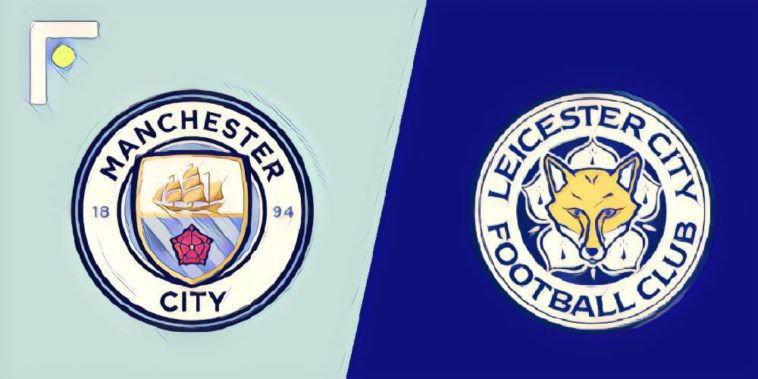 Whilst Jurgen Klopp’s Liverpool have kept pace with the leaders, City are now just two wins from becoming the first team since Manchester United back in 2009 to retain the title.

Sergio Aguero’s winner at Burnley took him to 20 for the season, one behind Golden Boot leader Mohamed Salah, the Argentine becoming only the second player after Thierry Henry to hit the 20 mark in five consecutive seasons.

Fernandinho could return for Guardiola’s side, having missed the clash at Turf Moor with a knee problem.

Brendan Rodgers is beginning to implement his style on Leicester, having arrived from Celtic earlier this year.

The Foxes are competing with Midlands rivals Wolves to finish seventh, currently trailing their neighbours by three points with two games remaining.

Jamie Vardy has been in sensational form since Rodgers arrival, the forward’s double in last weekend’s 3-0 win over Arsenal taking him to 18 for the season. Rodgers has tipped the 32-year-old for a late run at the Golden Boot, and few would bet against a player who has scored 11 in his past 11 appearances.

Youri Tielemans continues to impress, with the on-loan midfielder is being linked with a summer move to either Tottenham, Arsenal or Manchester United.

How can I watch Man City v Leicester?