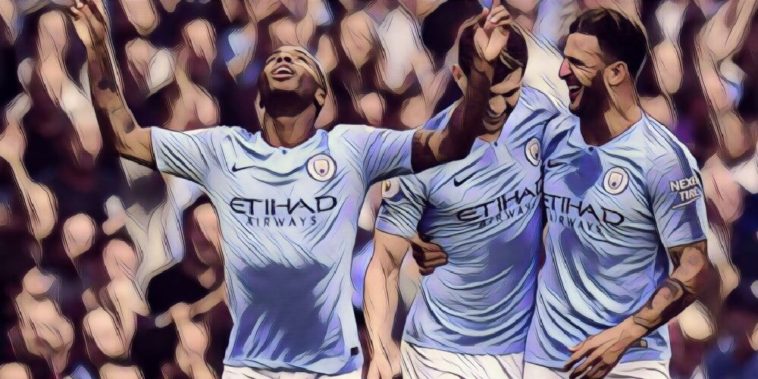 Pep Guardiola has tipped Manchester City attacker Raheem Sterling to get even better following his man of the match performance against Southampton this afternoon.

The England forward was in superb form for the Premier League champions on Sunday afternoon, scoring two goals and laying on two assists, including a selfless 91st minute pass to Leroy Sane, despite being on a hat-trick.

The Man City number 7 scored a career-high 18 goals and registered 11 assists for the Citizens last term, and the 23-year-old has reportedly verbally agreed a new mega money long-term deal to stay at the Etihad.

Much of Sterling’s form has been accredited to the influence of Pep Guardiola, who has tipped the former Liverpool man to continue his improvement, although he said that the pair won’t work together forever.

“I would like him to be happy to play for Man City not for me. We will not always play together. He is confident and aggressive with the ball,” Guardiola told the BBC.

“He has a desire to score. He is more mature now than he was when we first met at the club. He believes more in himself. Hopefully, he can be more ambitious and think he can improve. He is 23 and he can be a better player.”

The result leaves City two points clear of Chelsea at the top of the Premier League table, while Liverpool slip to third on goal difference.