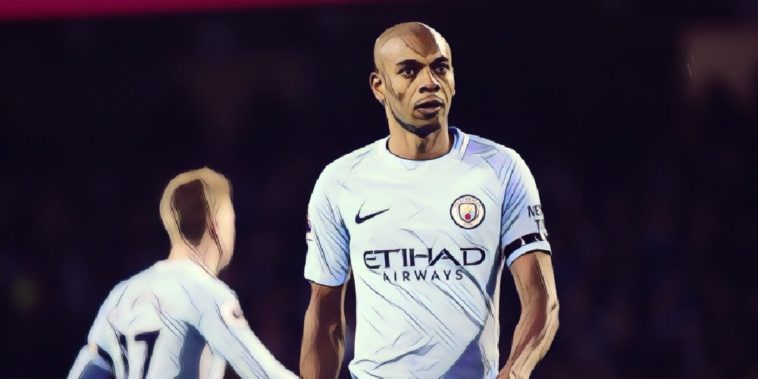 Manchester City midfielder Fernandinho insists he can continue to improve as he looks to continue playing into the twilight of his career.

The Brazilian international will turn 35 before the end of the season but remains a key figure for the Premier League champions, his versatility proving important for Pep Guardiola’s side as he continues to deputise in an unfamiliar central defensive role this season.

Despite his advancing years, Fernandinho insists he feels good and wants to continue improving as he adapts to a new position during the current campaign.

“I feel good. Of course, I have the help of my teammates and manager. It’s been great for me, trying to do my best as always since I signed,” he said.

“Sometimes you feel you have to improve a little bit – but that’s beauty of football. You can. Every morning, you can make it happen.”

Since signing for the club six years ago, Fernandinho has won a host of major honours including back-to-back Premier League titles and English football’s first ever domestic treble, and the former Shakhtar Donetsk player insists he wants to continue playing for as long as possible.

“I just thank God for that because he gave me a body for it,” he added. “Of course, I have to take care of myself, but the staff help take care of us.

“We have a really good team behind the scenes, and this helps us a lot. We prepare first the mind, then the body and then just go.

“I always say I will play until my mind allows me. If I am happy and motivated to train every day fresh, I will play, but I don’t want to say I will be 37, 38… we will see.”

Manchester City return to Premier League action this weekend with a huge clash against top four rivals Chelsea at the Etihad.

Fourth-placed City will be looking to bounce back from defeat to Liverpool before the international break against Frank Lampard’s side, who sit one place and one point above the champions in the table.

See Also: The Premier League Crisis Rankings ahead of GW13