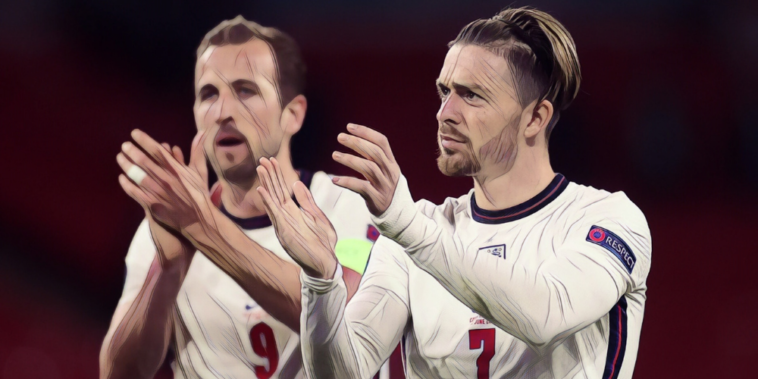 Manchester City are ‘determined’ to sign both Harry Kane and Jack Grealish this summer.

Kane and Grealish are the leading targets for the Premier League champions during the summer transfer window and the club’s interest will step up following the conclusion of the European Championship.

The England internationals are currently on post-season holidays after helping the Three Lions to the final of Euro 2020, but developments are now expected in the coming weeks as Man City bid to bring both players to the Etihad.

City saw an opening offer for Kane rejected earlier in the summer after the forward informed Tottenham of his desire to leave the club in search of major silverware.

The Athletic are reporting that City remain determined to sign the three-time Premier League Golden Boot winner, though negotiations are expected to be difficult with Spurs reluctant to lose a player who still has three years remaining on his current contract.

Reports had suggested that City would decide which of Kane or Grealish to sign in the current window, but the club are targeting the signing of both players despite an estimated cost of between £175m-£215m.

City will look to offset that cost by selling a number of first-team players with the likes of Aymeric Laporte, Bernardo Silva and Gabriel Jesus, though the former’s desire for an exit is hindered by the financial situations at prospective suitors Barcelona and Real Madrid.

It is reported that Raheem Sterling and Riyad Mahrez are unlikely to leave despite speculation, though Benjamin Mendy could depart following a frustrating time at the Etihad.

City have already recouped a substantial fee for Jack Harrison (£11m) following his permanent move to Leeds, whilst Jadon Sancho’s move to Manchester United will earn the club £11.2m as part of a sell-on clause inserted in the deal that took the winger to Borussia Dortmund.

Fees in excess of £10m could also be raised from the sales of a host of prospects and players signed to sister clubs, including Lukas Nmecha, Pedro Porro, Yangel Herrera and Ivan Ilic.