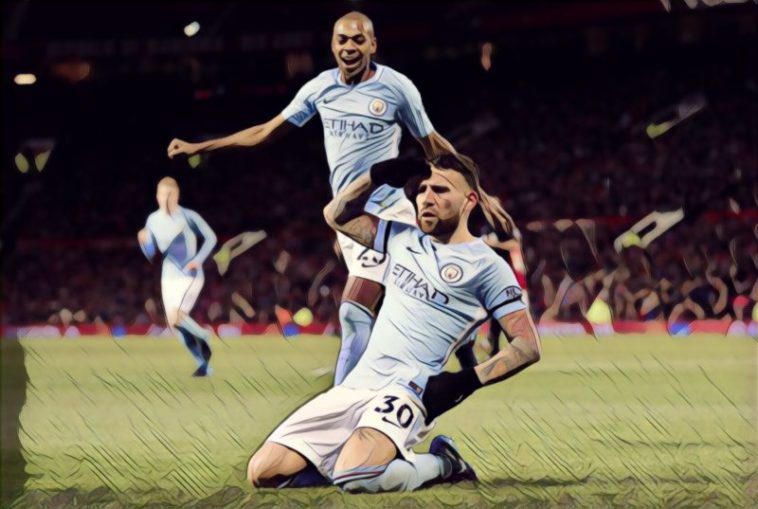 Manchester City defender Nicolas Otamendi has been one of the key men in his sides march towards the Premier League title this season.

The Argentina international took some time to adjust to English football after his £35 million move from Valencia in 2015, but this campaign has seen him play the best football of his career.

The 30-year-old centre-back was recently asked by Spanish publication Marca who has been the toughest opponents he has faced.

“Luis Suarez is a striker who is constantly moving, making diagonal runs, creating space, then you always have to be prepared to run.

“Then [Romelu] Lukaku is another very strong player, technically good, quick… It’s between those two.” He said.

Otamendi looks all but certain to pick up a Premier League winners medal this season, with Man City 16 points clear at the top of the table with just eight games remaining.

Pep Guardiola’s side also have a mouthwatering Champions League quarter-final against Liverpool coming up next month, before Otamendi heads to the World Cup in Russia with Argentina. So it certainly looks like an exciting few months ahead for the tough tackling centre halve.