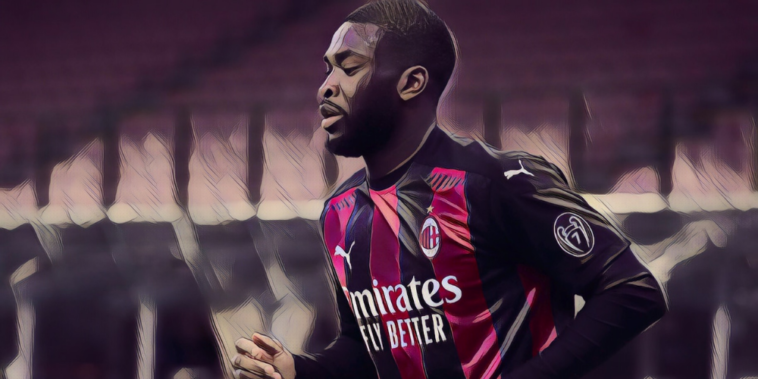 AC Milan technical director Paolo Maldini is set to open talks with Chelsea over making Fikayo Tomori’s move permanent, after an impressive start to his loan spell at the San Siro.

The 23-year-old has been with the Blues since joining the club’s youth set-up in 2005 and made his first-team debut on the final day of the 2015/16 season in a 1-1 draw with Leicester City.

After a handful of loan spells in the Championship, the central defender returned to the club to become a key part of Frank Lampard’s squad last season, the two men having worked together at Derby County the year before.

While he made 22 appearances for the club last term, he seemingly fell out favour with the now-departed Lampard at the start of the current campaign, making just one league appearance before being shipped out on-loan to Milan in January.

Although with a new manager now at the helm at Stamford Bridge in Thomas Tuchel, Tomori looks set to leave Chelsea on a permanent deal at the end of the season, Sky Sports reporting that Milan are keen to open talks over the player’s permanent option clause.

The England international has made just seven appearances for his new club thus far, yet has already seemingly caught the eye with Maldini revealing that Milan want to keep him in Italy beyond the of the season after being impressed by his ‘speed and intensity’.

The centre-back’s loan deal includes an option-to-buy for the Italian giants, the figure – estimated to be in the region of £26m – having been described by Maldini as a ‘very high’ price.

As for the Blues, they are currently well-stocked at centre-back, although rumours would suggest that they remain on the lookout for a quality addition to their backline, with the now Bayern Munich-bound Dayot Upamecano heavily linked with a move to the club.