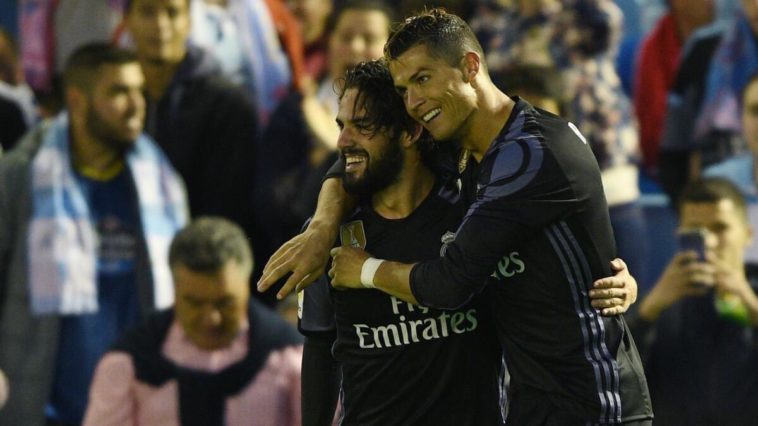 Real Madrid claimed their first La Liga title in 5 years after a comfortable 2-0 victory at the Rosaleda.

Real Madrid have secured a long awaited La Liga title after defeating Malaga CF at Malaga. Madridistas had already assembled at the clubs training ground, Cibeles, to kick off the celebrations before the team arrived home. Real got the title how they’d have liked it, without any drama or twist.

Cristiano Ronaldo came up again, scoring just after two minutes set Madrid up to cruise through and lift the title. Los Blancos have completed one half of the domestic and European double, something which they last achieved in 1958.

Knowing that just one point would be enough for them, Real were confident going into the game. For almost the entirety of the game it seemed even a loss would be enough as Barcelona were 2-0 down against Eibar. Barca eventually came back and won 4-2 but that turned out to be irrelevant in the end.

Isco picked up a loose ball, slotting it through to Ronaldo who took one touch to steady himself and one to shoot. Just 1 minute and 37 seconds in, the game and title race had ended.

The men who made the opening goal, the title winning goal, are indeed the ones who have guided Real to it. Ronaldo and Isco, arguably the two best players for Los Blancos this season. Both have come up with crucial goals throughout the season. Ronaldo has scored 14 goals in the last 8 games of the season, truly a big game player.

Malaga had a few good chances as well, Sandro coming up with the majority of them. An amazing free-kick brought out an even better save from Keylor Navas, who ended up crashing into the post in the process. Sandro struck wide and Keko missed a couple of times as well, but that was all Malaga had to offer.

Carlos Kameni tried his best to prevent a second Real goal, but ultimately failed to do so. Karim Benzema finished off a scrappy move, putting the game, and title to bed. Somehow Eibar managed to double their lead, they didn’t keep that for long, as Barca came back controversially to win the game.

The game ultimately finished 2-0 and everyone in white exploded with happiness. The players celebrated for a little while at the Rosaleda, before returing to Madrid, receiving a true champion’s welcome.

It was a special moment for Isco too, who won the first league title of his career at Malaga, the club where it all began for him.

Now with the La Liga in the bag, and a Champions League final to play, it’s all roses at the Bernabeu.