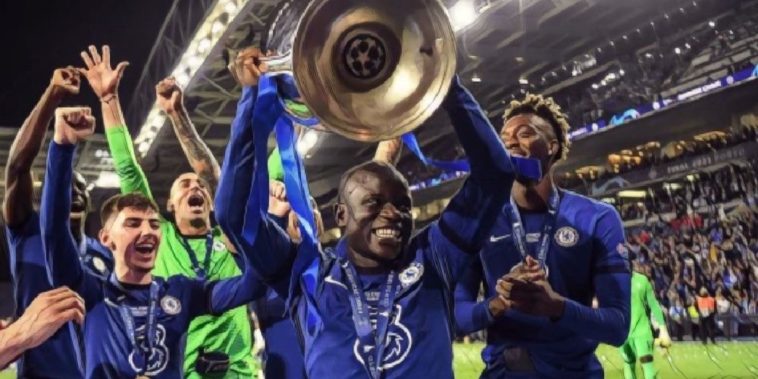 Saturday’s showpiece saw Thomas Tuchel’s side go into the match as slight underdogs against their Premier League title-winning opponents, yet they ultimately ran out deserved winners, record signing Kai Havertz netting the winning strike with his first-ever goal in the competition just before half-time.

While the German’s magic moment caught the headlines, the undoubted star of the show was former Leicester City man, Kante, the diminutive midfielder producing a breathtaking midfield display to nullify the array of attacking talent at City’s disposal.

In truth, such a performance has become the norm for the 30-year-old, his form this season having been simply exceptional, after a difficult 18 months or so that had seen many begin to question his future at Stamford Bridge.

This latest piece of silverware also rubber-stamps the meteoric rise of the humble Frenchman, who was playing in the French second division nine years ago. Since then, Kante has picked up two league titles, a Europa League, an FA Cup, a World Cup and, of course, the Champions League.

In all those triumphs, the midfielder has no doubt been pivotal, his tireless and relentless work ethic seeing him emerge as arguably the best in his position in world football, with former Blues man Joe Cole insisting that he’s even surpassed one of the game’s great defensive midfielders, Claude Makelele.

“Kante’s staggering,” he told BT Sport. “I’m shattered just watching him. I played against him in one of my last games.

“I played with Makelele who I thought was the best until I saw this kid. He’s got Makelele plus extras.”

On a night where Pep Guardiola opted not select a genuine defensive midfielder, Kante showed the notable benefits of deploying a player to protect the backline.

“In the same way where a striker’s got that instinct in front of goal, he’s got that in midfield,” Cole added. “Gundogan, Silva and Foden couldn’t read it, Kante was just on it.”