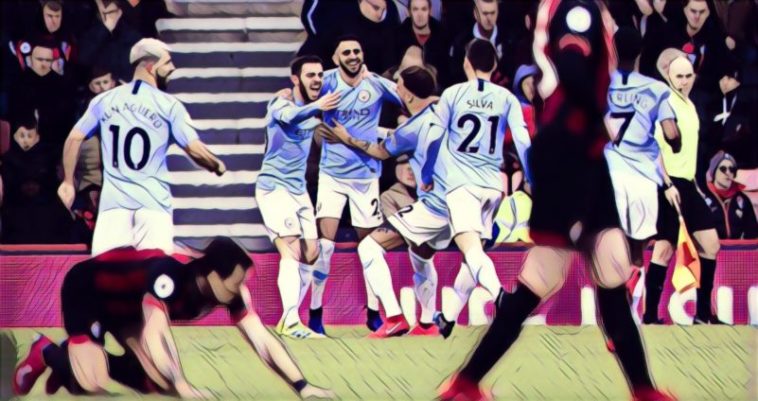 Manchester City moved back to the top of the table with a narrow 1-0 win away to Bournemouth today.

As per usual, City dominated proceedings against the Cherries, but it seemed like it might be ‘one of those days’ for the Champions, missing some early chances before losing influential playmaker Kevin De Bruyne to a hamstring injury before half-time.

However, £60 million summer signing Riyad Mahrez would score the only goal of the game after 55 minutes, to secure City’s second 1-0 win in the space of four games.

City are now two points clear of Liverpool, who play Everton tomorrow in the Merseyside Derby, and Mahrez admitted that his side needed to be patient today against a resolute Bournemouth side.

“It is a small pitch, against 5-4-1 it is not easy to play but we did very good in the first half. Second [half] was good as well but most important was to avoid the counter and to score,” Mahrez told BBC Sport.

“We had to be very patient, we can always create chances. Be patient, move the ball quickly, we’ll get space and score.

“It is always like this, when you play away and win by one, you think they might come back. But they didn’t have too many chances to be honest. Perfect game for us

“Liverpool are playing tomorrow. We’ll see but a long way to go.”