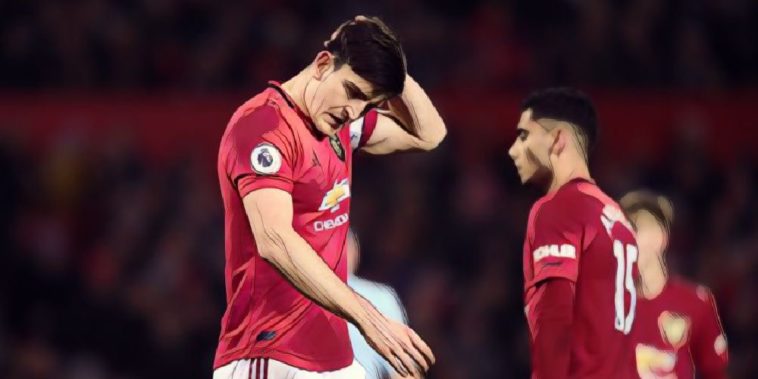 Harry Maguire has urged Manchester United to improve their defending of set-plays, admitting that they have been ‘poor’ so far this season.

Maguire was handed the Man Utd captaincy on a permanent basis at Old Trafford following the departure of Ashley Young to Inter Milan last month, and during the Red Devils’ mid-season training camp in Marbella has reflected on the area he believes the side can improve over the remainder of the season.

While insisting that Ole Gunnar Solskjaer’s side have improved defensively, Maguire admits the team have been vulnerable from set-piece situations and views it as an area to address as the club look to continue their push towards a top-four finish and Champions League qualification.

“We’re keeping a lot more clean sheets than we were at the start of season and we’ve never really been a team which has conceded a lot of chances,” Maguire told the club’s official website.

“We’ve been poor from set-plays with our defending and we’ve had a couple of great goals scored against us from outside the box, but we haven’t really been having games where David has had to make five or six saves, apart from maybe the Carabao Cup second leg against [Manchester] City, when David was brilliant.”

United currently sit eighth in the Premier League, six points adrift of fourth-placed Chelsea who they meet in a huge clash at Stamford Bridge on Monday night.