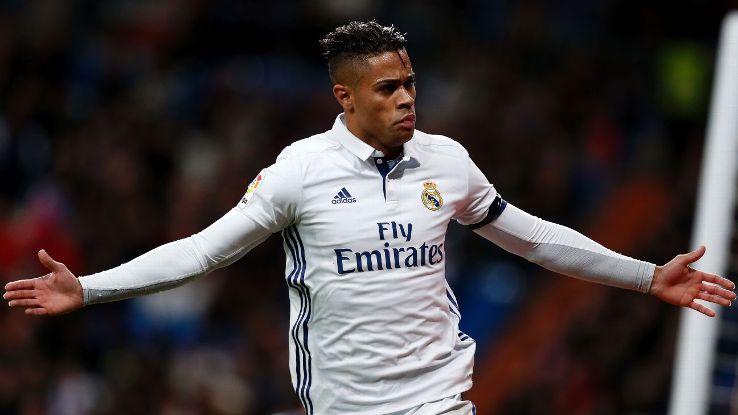 Lyon have completed the signing of Real Madrid striker Mariano Diaz for a fee of about €8million.

Lyon announced their fourth signing of the summer on Twitter on Friday. The signing is Dominican Madrid striker Mariano.

The 23-year old scored five goals in a total of 302 minutes played in the entirety of last season. Mariano has done exceptionally well for Real Madrid Castilla (B team), scoring 32 times in 43 appearances.

Mariano’s most notable performance was his hat-trick in the second leg of Real’s Copa del Rey clash over Leonesa last season. This performance however, wasn’t enough to get him regular play time.

The 23 year-old’s playing time was his main concern, and probably also what prompted his move to Lyon.

Mariano is still definitely a valuable asset for a club like Lyon, although he might not start all the time, he will be in the limelight more than he was at the Bernabeu.

This move should also make Arsenal fans happy, as numerous reports of Alexandre Lacazette moving to the Emirates have surfaced over the last few days, and the arrival of Mariano could pave the way for Lacazettes departure. If the prolific Frenchman does leave, Mariano will be getting plenty of starts, something he has longed for at Madrid.