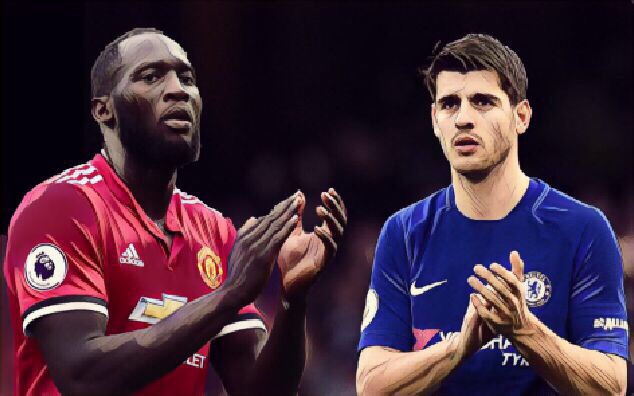 The two strikers approximately cost a combined £133 million in the Transfer Window when they signed for two of the Premier League’s biggest clubs, but who was the better deal, Romelu Lukaku or Alvaro Morata?

For a while though it was unclear who would sign for whom. Morata was constantly being linked with United, articles about him reuniting with Mourinho were circulating and he even apparently liked an instagram post that said he would sign for United. It was reported that Lukaku would be returning to his former club Chelsea, the team he supported as a boy, after a successful period at Everton. Social media and the press were whispering that the transfers were almost certain to happen; Lukaku would once more play for Chelsea and Morata would be United’s new striker.

But the drama came when United lodged a bid of £75 million for Lukaku, followed by Chelsea matching it only a few hours later. The ball was now in Lukaku’s court and with the help of midfielder and long-term friend Paul Pogba (who nicknamed himself ‘Agent P’ after his role in the transfer) Lukaku ultimately chose to play in red. That just left Morata to sign for Chelsea, after a period when it seemed certain he was to become United’s star striker the Spaniard now committed himself to playing in blue.

A lot has been said about these two young strikers. Both United and Chelsea fans are obviously convinced that they got the better deal and the better player, but how do Romelu Lukaku and Álvaro Morata actually lineup against each other and how successful have they been at their new teams, after a summer seemingly filled with confusion, transfer chaos and drama?

Admittedly there is a slight difference in the status of the clubs that the two players came from. Àlvaro Morata made his move to London following one season playing for Real Madrid, after re-signing for Los Blancos having played for them between 2010 and 2014 and as a young player. At the Bernabéu, Morata struggled to register minutes on the pitch last season, with Karim Benzema being Zidane’s preferred option, but still managed an impressive 20 goals across all competitions in the 2016/17 season. The striker also briefly featured in the Champions League final in Cardiff, as Real won their historic 12th European Championship.

Lukaku on the other hand didn’t have quite as far to travel, moving from one North West team to another. During his four years at Goodison Park – including one year there on loan – he established himself as an impressive striker and was even in the race for the Golden Boot last season with 25 goals.

Unlike Morata, Lukaku was relatively inexperienced when it came to the Champions League, having last played in the competition in 2010 for Anderlecht, so Champions League winner Morata did outrank him in terms of experience, however ‘Red Rom’ has since impressed with four goals in six Champions League appearances.

The two striker’s statistics do compare fairly well. After (somehow) failing to find the net at Arsenal and again in the FA Cup away at Norwich, Morata has 10 goals and has failed to score since Chelsea took on Brighton. Pressure is mounting on the Spaniard to return to his scoring ways, with the Blues only one point behind United in the Premier League table.

Lukaku’s recent record looks a bit better than Morata’s. Despite having suffered a recent head injury Lukaku still managed to find the net at Old Trafford against Derby on Friday night, a goal which was his 16th in a United shirt in total, having scored 10 in the league and four in the Champions League.

Lukaku has too had his rough patches and disappointments in a red shirt, having suffered a goal drought back in October. Like Morata, Lukaku has too been criticised for missing chances and failing to perform the simple function of a striker (to score). However the goal against Derby certainly highlighted that there is more to come for the young Belgian.

When Chelsea took on United back in November at Stamford Bridge the build up to the game was huge for several reasons. Not only would Mourinho and Conte be coming head to head again after the incidents of last season, but both Morata and Lukaku would be coming up against each other and against the team’s they were each reportedly so close to signing for.

Both Lukaku and Morata entered this game having failed to score for the whole of October, but only one striker eventually ended their goalless spell. Álvaro Morata’s incredible header into the back of David De Gea’s net was enough for Chelsea to clinch victory and another three points in the league. Indeed for many Chelsea fans this was proof that they had signed the better player.  For Lukaku this was the 7th game he had failed to score in and criticism was certainly beginning to grow.

Given their former clubs and career journeys there are indeed some marked differences in the successes and trophies the striker’s have won.  Morata has already won an incredible two Champions League titles, the most recent coming back in June in Cardiff. He also came on as a substitute as Real Madrid won the 2014 Champions League and reached the final with Juventus back in 2015. Morata has won an impressive four league titles, two in both Spain and Italy. On top of this he was also included in the 2014/15 UEFA Champions League team of the year.

Lukaku meanwhile does admittedly have less silverware to boast about. He was in Anderlecht’s league winning squad back in 2010, but failed to win any other league titles during his time playing in England.  He did help Chelsea to an FA Cup back in 2012 and was named in the PFA Team of the Year in 2017 after his admirable season at Everton, but has not had anywhere near the kind of European success Morata has had.

But past glory doesn’t necessarily translate to future success. United look to be the team closest to their local rivals Manchester City, who are running away with the league, 15 points ahead of United and 16 clear of Chelsea. The reds also power on in both the FA Cup and the Champions League, having finished top of their group. Chelsea also progress in the Champions League, but finished 2nd behind AS Roma on goal difference and are not yet through to the next round of the FA Cup, after a goalless draw on Saturday with Norwich. Alike United they too stand a good chance in all the competitions they remain in and are only one point behind the Reds in the table, so could emerge as another of City’s ‘challengers’ and rob United of the second place finish that seems to have become the target.

If either team are to have success then both of their strikers must power on across all competitions and matches. Both clubs and sets of fans still clearly believe they have the better striker, with both Morata and Lukaku performing reasonably well at their new clubs. The two strikers are completely even on goals in the Premier League, so it is still hard to say who was the better buy given their high price tags. However Lukaku has performed better in the Champions League with 4 goals compared to Morata’s 1 and with City running away with the League it looks like the Champions League will be what really counts for both Chelsea and United and what they push for.

For now it looks like this debate will go on, but the real proof will come at the end of the season, when the statistics and silverware can be compared in full.