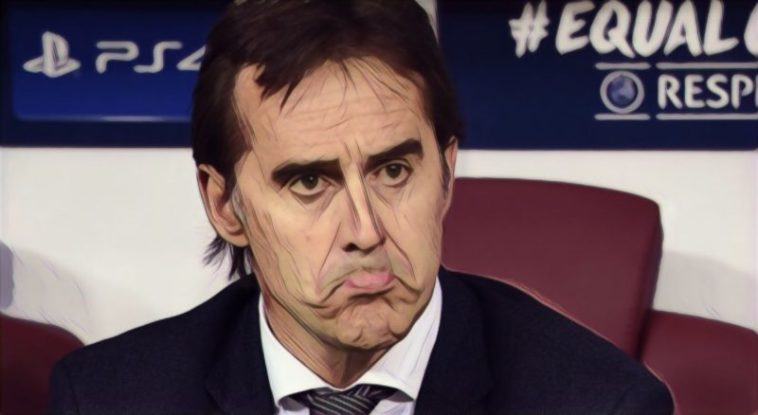 Lopetegui is seeking a return to management and is reported to have offered his services to Chelsea, should the club decide to sack Sarri after next week’s Europa League final.

The 52-year-old has been without a club since being sacked at the Bernabeu in October after just 14 matches in charge, having previously been dismissed from his position as Spain manager prior to the 2018 World Cup following the announcement of his agreement to join Real Madrid.

According to The Times, the Spaniard has made contact with several English clubs as he looks to return to first-team management, with the potential vacancy at Stamford Bridge on his radar.

Chelsea are believed to be considering sacking Sarri after just one season in charge. Owner Roman Abramovich is believed to be concerned by the Italian’s relationship with the club’s supporters, with sections of the crowd having been vocal in their discontent at several of Sarri’s decisions this season.

Outgoing Juventus manager Max Allegri and Derby County boss Frank Lampard are also amongst those reportedly being considered for the role.