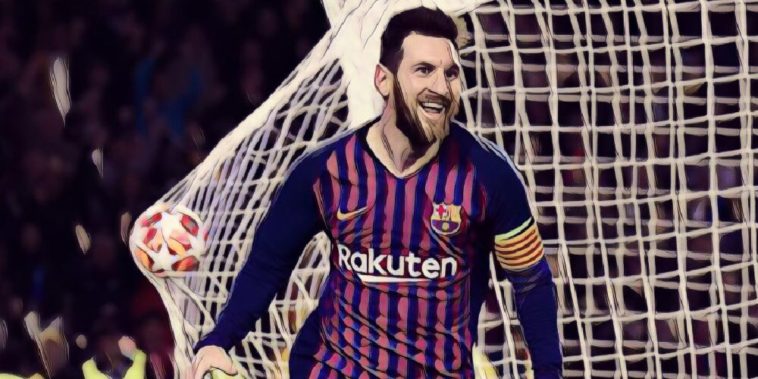 The Champions League returns this evening with five-time European champions Barcelona travelling to face Napoli in the first leg of their last-16 tie at the San Paolo Stadium.

Lionel Messi and co will head to Italy seeking to earn a positive result, though the Spanish giants will know they have the capabilities to turn around any deficit given their formidable home record in European competition in recent years.

It is now almost seven years since the Catalan side last tasted defeat at their Camp Nou home, but where does their streak rank amongst the longest of all-time?

Manchester United would prove to be perennial Champions League contenders during an era in which they dominated English football under Sir Alex Ferguson, reaching four finals under the Scot’s stewardship, including three in four seasons between 2008 and 2011.

During their runs to the first two of those showpieces, the club would embark on a 23-game unbeaten run at Old Trafford – though their streak would begin in disappointing fashion as they made a group stage exit during the 2005/06 season, winning one and drawing two of their three home fixtures.

However, the Red Devils would reach at least the semi-final stage in each of the next three seasons, backed by an unbeaten home record that would deliver impressive victories over the likes of Roma (7-1), AC Milan (3-2) and Barcelona (1-0).

Their streak would eventually end with a 1-0 home defeat to Benfica during a group stage fixture in 2009, their undefeated run stretching over four years.

Like the aforementioned Manchester United, Juventus‘ record run would begin with a disappointing group stage exit, before regrouping to reach two finals over the next three seasons.

The Italian giants would begin their streak with a group stage draw at home to Galatasaray in October of 2013, their run lasting four-and-a-half years until a 3-0 defeat to Real Madrid; Cristiano Ronaldo scoring twice for the visitors including that stunning overhead kick.

European heavyweights such as Real Madrid, Barcelona and Manchester City were all defeated upon visits to Turin during the Old Lady’s unbeaten run, Juventus reaching the final in both 2015 and 2017, though they would suffer defeat on both occasions as their 24-year wait for Champions League success continues.

Arsenal‘s status amongst Europe’s elite must seem like a distant memory for Gunners’ fans at present, though the club were once an intimidating proposition for visiting sides on the continent.

Arsene Wenger’s side would compile an unbeaten record of 24 games over a four-and-a-half-year period between 2004 and 2009, beginning with a 1-0 group stage win over PSV Eindhoven at Highbury.

The north London side’s record would stretch until a semi-final meeting with Manchester United almost five years later, Sir Alex Ferguson’s side putting on a masterclass at the Emirates to seal a 3-1 victory with Cristiano Ronaldo scoring twice as the holders reached a second successive final.

Arsenal would reach a final of their own during their unbeaten home run, though they slipped to defeat at the hands of Barcelona in the 2006 showpiece after a run to the final that included a Champions League record of ten successive clean sheets.

One of Europe’s most iconic clubs, Bayern Munich would begin their huge 29-game unbeaten home record with a goalless draw at home to Bundesliga rivals Borussia Dortmund during a two-legged quarter-final defeat in 1997.

Bayern would not lose again in Munich for over four years, their impregnable home record helping the club to reach the Champions League final on two occasions, losing to Manchester United in dramatic fashion in 1999 before beating Valencia on penalties two years later.

Their run would eventually end during the 2002/03 season, future Bayern forward Roy Makaay scoring a hat-trick to secure Deportivo La Coruna a 3-2 victory at the Olympiastadion in a miserable European campaign that saw the Bavarian’s crash out at the group stage without a single victory.

Barcelona‘s current unbeaten record is by far the longest undefeated home streak in history, the Spanish giants having gone six-and-a-half years without suffering a European defeat on home soil.

Their last defeat would come in chastening circumstances after being thrashed 3-0 at the Camp Nou by Bayern Munich at the semi-final stage in 2013, before their current run would begin with a 4-0 group stage victory over Ajax the following season.

In that time, 25 different clubs have all travelled to Catalonia without tasting victory, including each of the Premier League’s ‘big six’ as well as serial Champions League contenders Bayern Munich, Juventus and Paris Saint-Germain.

Napoli will be the 26th club to attempt to break Barcelona’s resolve, the Serie A side facing the most daunting away trip in European football when they travel to Spain in three weeks’ time.