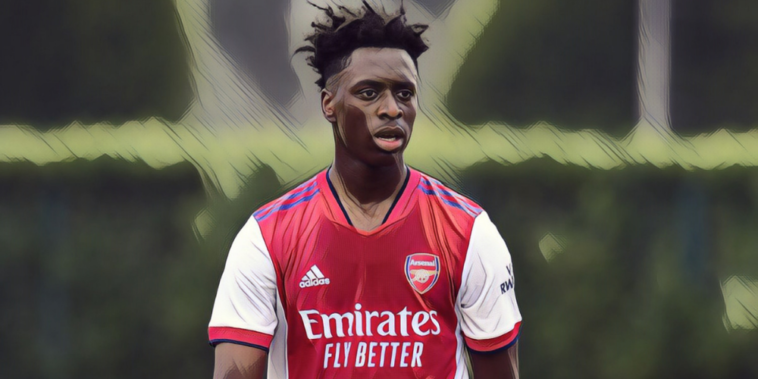 Albert Sambi Lokonga has named Nicolas Pepe as the Arsenal player he is most excited to play with and has discussed his midfield inspirations.

Lokonga signed for the north London side from Anderlecht earlier this month and was handed his first minutes for the Gunners during their 4-1 pre-season victory over Millwall on Saturday afternoon.

The highly-rated midfielder has impressed since coming through the ranks at Anderlecht and was called up to the senior Belgium side for the first time during March’s World Cup qualifiers.

Lokonga is now relishing the opportunity at Arsenal after moving to the Premier League and told the club’s official website about which players he’s most excited to play alongside at the Emirates.

Asked which player he is most excited to link up with, he said: “I think Pepe,” he told Arsenal.com. “But I’m also looking forward to playing with Aubameyang, Lacazette, Saka also, so yeah, I hope to have a connection with all the players and quickly.”

The 21-year-old also discussed his midfield inspirations and named some modern greats as role models, naming Spanish icons Xavi, Andres Iniesta and Sergio Busquets amongst a list of players he admires, but stressed he is keen to build his own style.