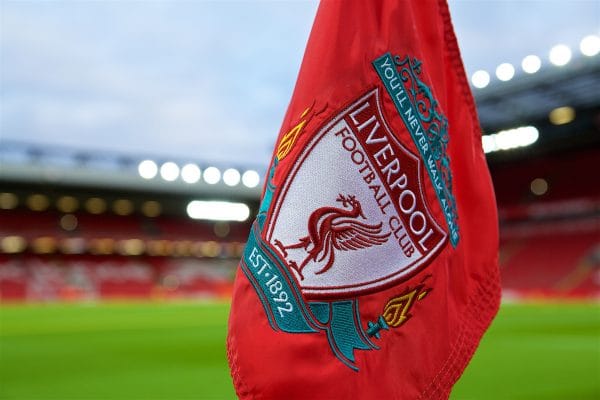 It was an important transfer window for Liverpool after they finally secured Champions League football. Here is our roundup of how it went.

This was arguably Jürgen Klopp’s most important transfer window of his Liverpool tenure so far. It was also one of Liverpool’s most important in recent history as well. However, as much as Klopp would have liked it wasn’t all positive.

Things got off to a good start for Liverpool with Mohamed Salah and Dominic Solanke secured early on. Andrew Robertson arrived not much later. From then on things went downhill though, Philippe Coutinho’s transfer request unsettled the club and their pursuit of Virgil van Dijk ended in failure. However, late deals may have saved their window and made it a success.

After Sadio Mané’s absence in part of last season it became obvious that Liverpool needed another pacey winger like him. Which is why Jürgen Klopp made Salah his priority this window. He arrived from Roma for a fee of £37m and has immediately hit the ground running. Salah will surely go down as one of Liverpool’s best transfers in recent years.

Solanke arrived somewhat surprisingly, catching many Liverpool fans off guard. After Solanke refused to sign a new contract at Chelsea he moved to Liverpool under the Bosman ruling. The fee for the young striker is expected to be under £8m once it is settled at a tribunal.

James Milner played much of last season at left back which highlighted just how much Liverpool needed a replacement. Liverpool were priced out of the market for Benjamin Mendy by Manchester City who payed £52m for his services. Instead, Liverpool turned their attentions to young Scotsman Andrew Robertson. For just £8m he could be a shrewd signing but he has surprisingly missed out on the starting left back spot to Alberto Moreno.

Liverpool spent much of the summer attempting to sign Keita and their pursuit looked to have ended in failure after a £75m bid was rejected. However with just a couple of days left in the window Liverpool landed their man. The Reds matched his release clause of €48m which comes in to affect next summer. The catch is that he won’t arrive on Merseyside until the summer of 2018 and Liverpool will pay up to €10m in add-ons depending on Leipzig’s success.

It was expected to be a very busy deadline day for Liverpool with up to three arrivals expected. In the end though, it was just Alex Oxlade-Chamberlain who was signed. Just days after Liverpool beat Arsenal 4-0 they signed the Englishman from the Gunners for £35m. It is thought that Oxlade-Chamberlain had been clamouring for a move to Liverpool for a while and rejected champions Chelsea to make it happen.

At 24 years of age it was a surprise that Wisdom hadn’t already moved on. He never really made a name for himself at Liverpool and eventually secured a £2m move to Derby County. He had numerous spells out on loan with Derby being one of them.

It had been rumoured that Lucas was close to leaving Liverpool for a few transfer windows. After 10 years at the club it finally happened. He secured a moved to Italian outfit Lazio for £5m. The hard tackling defensive midfielder struggled to maintain a starting spot in the team and eventually decided to try his hand elsewhere.

Similarly to Wisdom, it was a surprise that Stewart hadn’t moved on earlier. At 23-years-old he needed to be playing regularly which he wasn’t able to do at Liverpool. Therefore he made the move to Hull City for £4m rising to £7.5m.

Sakho’s turbulent last 12 months have finally been put to rest as he reached an agreement to join Crystal Palace permanently for £26m. He had previously been on loan at Crystal Palace but made the move permanent late in to the night on deadline day. Sakho’s relationship broke down with Klopp after he was banned for an alleged illegal substance which turned out to be legal. Klopp then wanted Sakho to go on loan to Stoke to regain match fitness which he rejected to the anger of Klopp.

Liverpool were in desperate need of a new centre back and van Dijk was their number one target. However, Liverpool had to sensationally withdraw their interest in the Dutchman after an alleged ‘tapping up’ of the player. To the shock of many, Liverpool then went on to officially apologise to Southampton for the illegal approach. Virgil van Dijk wanted the deal to go through though and handed in a transfer request which eventually came to no avail.

It was one of the major talking points of the summer as Coutinho handed in a transfer request to force a move to Barcelona. Despite that, Liverpool’s owners, FSG, remained adamant that the Brazilian would not be leaving. They stuck to their guns and rejected an enormous bid of £130m from Barcelona which will see Coutinho stay at Liverpool for the time being.

Liverpool’s interest in Lemar came as a surprise after Arsène Wenger claimed there was no chance of Lemar leaving Monaco. Despite that Arsenal launched a £92m bid for Lemar on deadline day which Liverpool were expected to rival. However neither club ended up with the Frenchman in the end and he stayed at Monaco.

Marković was signed by Brendan Rodgers three years ago for £20m but clearly has no future on Merseyside. Somehow he has failed to secure a move away from Liverpool though and will have to stay at Anfield. Various clubs were interested in Marković including Fenerbahce and Fiorentina but no bids were made for the Serbian.

Mohamed Salah will be a major boost for Liverpool this year and could be one of the signings of the season. He was exactly what Liverpool lacked against the teams that they struggled against and means Liverpool are very threatening down both wings.

Keeping Philippe Coutinho at the club is also a major bonus but he has a lot of work to do to win over the Liverpool fans. Coutinho is expected to want to play for the club this season to ensure he is selected for the world cup next year. However it looks increasingly likely he’ll leave next year when Naby Keita arrives.

The one glaring omission from Liverpool’s transfer activity was signing a centre back. It’s been obvious for a while now that a centre back has been needed but failure to capture van Dijk meant no centre back at all was signed.

Overall it was a good window for Liverpool but their failure to sign a centre back could come back to haunt them.