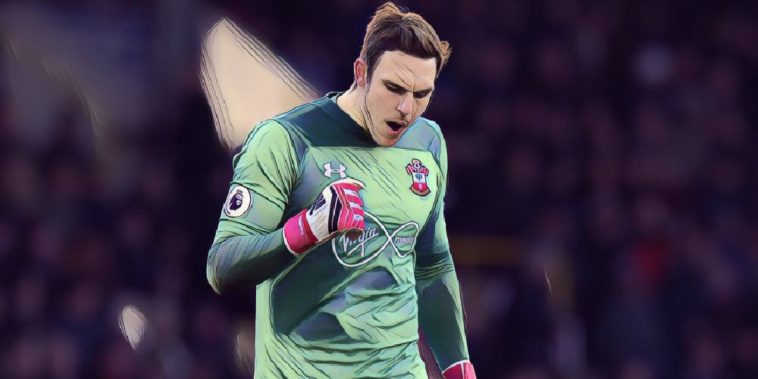 Liverpool could make a move for Southampton’s Alex McCarthy as a possible replacement for Simon Mignolet.

Belgian international Mignolet is set to leave the club after six years at Anfield, with the 31-year-old seeking first-team opportunities having spent the majority of the past two seasons in a back-up role.

Mignolet is believed to have attracted interest from several clubs this summer, and his departure will see Liverpool will enter the market for a new goalkeeper as they seek back-up and competition for current number one, Alisson.

According to the London Evening Standard, Liverpool could turn their attentions to Southampton‘s England international McCarthy as they bid to strengthen their goalkeeping options.

Jurgen Klopp’s side are believed to have held a long-standing interest in the 29-year-old, who made his senior England debut against the USA in November.

McCarthy lost his place in the Southampton side last season to summer signing Angus Gunn and is believed to be open to a switch to Anfield.

Should the goalkeeper make the move, he would be the seventh player to swap the South Coast for Merseyside since 2014, following in the footsteps of the likes of Adam Lallana, Sadio Mane and Virgil van Dijk.

Coutinho to reject Man United advances due to ‘respect’ for Liverpool