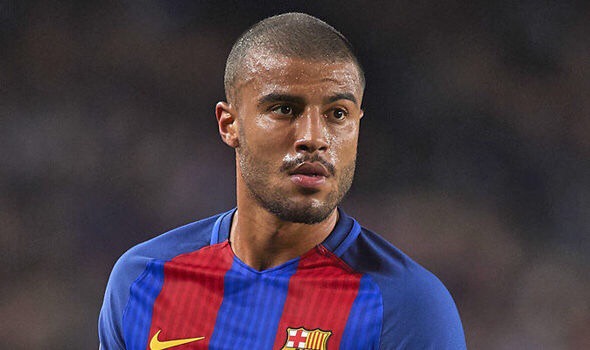 Liverpool will battle Italian clubs Juventus and Roma this summer as they look to sign Barcelona midfielder Rafinha according to reports in Spain.

Spanish publication Marca claim that Jurgen Klopp is interested in signing the 24-year-old who has had a mixed season at Barcelona. Rafinha has made 18 La Liga appearances this season before a knee injury cut his season short, forcing him to miss the last nine games of the Spanish League campaign.

The midfielder is keen to make Spain’s World Cup squad for next summer’s tournament and isn’t convinced that he can do that by remaining at the Nou Camp. Barcelona want to sell the midfielder, but will demand €30million for clubs who want to seal his signature this summer.

Marca claim that Rafinha is considering his future at the club but is unconvinced about a potential move to any of the clubs mentioned at the moment.  He is planning to hold discussions with new Barcelona boss Ernesto Valverde before making a decision on his future.

His current contract at the Nou Camp runs until 2020.