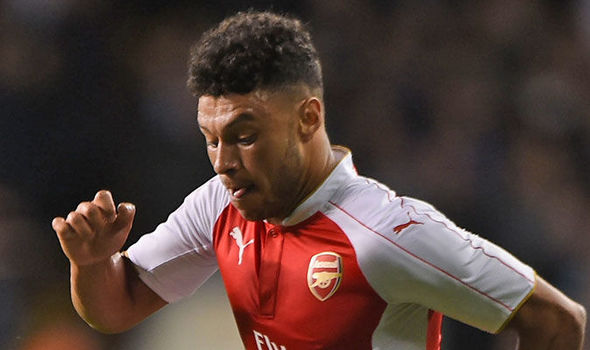 Liverpool are set to miss out in their chase for Arsenal midfielder Alex Oxlade-Chamberlain according to reports.

The Daily Mirror are reporting that the Arsenal and England midfielder is set to sign a new contract at the Emirates after some impressive displays for the Gunners this season.

Liverpool are believed to be very keen on taking the versatile star to Anfield, who has shown his qualities as both a central midfielder and a during this season.

Following this good season, Arsene Wenger has decided to offer the 23-year-old a new £100,000-a-week contract to keep the player at the Emirates for the foreseeable future.

Oxlade-Chamberlain made 29 Premier League appearances this season, the highest total in his six year spell at the Emirates. The last and only time he made more appearances was back in 2010/11, making 34 appearances for Southampton while they were down in League One.

He was picked to start in last months FA Cup triumph over Chelsea, and has been selected by Gareth Southgate for England’s upcoming games against Scotland and France.

Liverpool meanwhile are believed to be close on agreeing a deal to sign former Chelsea winger Mohammed Salah from Roma.