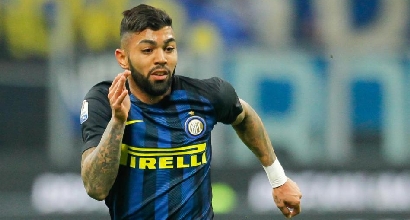 Liverpool target Gabigol could be about to head to Fenerbahce but will Liverpool make a last ditch attempt to sign the forward?

Reports in Italy from Calciomercato claim that Liverpool target Gabigol could be set for a move to Turkey with Fenerbahce.

Fenerbahce are prepared to spend €30m to land the Brazilian forward amid interest from Liverpool and Las Palmas.

Gabigol endured a disappointing season with Inter and found himself out of favour under three different managers. He only made 10 appearances this season scoring just one goal in the process.

Gabigol was expected to be one of the brightest prospects in world football but he has yet to make his mark.

On the other hand, Gabigol’s father has denied reports linking him with a move away from San Siro according to ESPN.

“You know what potential he has. He has always faced up to challenges and this time won’t be any different. My son’s intention is to stay at Inter and make the fans there happy — Forza Inter, always!”

Wherever Gabigol is playing his football next season he will surely hope for a much better campaign than he endured this season. Should Liverpool reignite their interest in the Brazilian they may face an uphill battle to get the best from him.