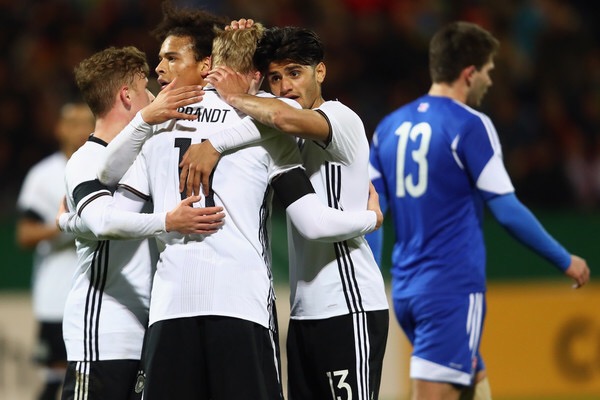 Liverpool could be said for a double disappointment in this summers transfer market according to reports today.

It is no secret that the Reds have a interest in signing Bundesliga duo Julian Brandt and Mahmoud Dahoud. The midfield duo play for Bayer Leverkusen and and Borussia Monchengladbach respectively.

Jurgen Klopp has been linked with making a move for the exciting pair but could now face stiff competition from some of Europe’s biggest clubs.

According to the Daily Mail, Real Madrid are interested in signing 20-year old Brandt. The La Liga leaders sent scouts to watch the plan in action during Tuesday nights Champions League defeat to Madrid’s city rivals, Atletico.  Despite the defeat, Brandt had a decent game.

Meanwhile, German publication Bild claim that Borussia Dortmund will beat Liverpool to the signing of 21-year old Dahoud in what would be a bitter blow for Jurgen Klopp. The German manager has been tracking Dahoud since last summer but were unable to get a deal done as the Monchengladbach didn’t want to lose both him, and Granit Xhaka in the same window. However it seems like Borussia Dortmund could now swoop in to leave Liverpool doubly disappointed.

Who should Liverpool target this summer? What key areas do they need to strengthen? Leave a comment below and share this on social media.