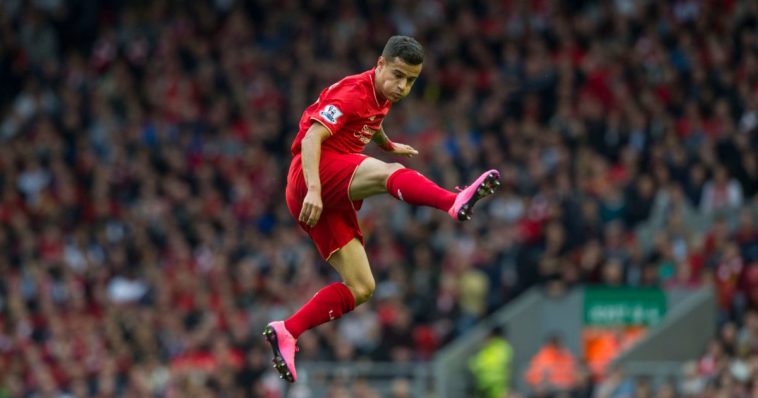 Liverpool’s Brazilian playmaker, Philippe Coutinho, has been a target for Barcelona all summer but the Reds have rejected another bid for him.

Last month Barcelona had another bid rejected of £72m and appear no closer to signing the Brazil international. The Reds’ stance on Coutinho has been firm that he is not for sale and they do not expect Barcelona to make an offer that they’d be willing to sell for.

Barcelona are looking for a replacement for Neymar who they sold to PSG for £200m. With no progress being made on the Coutinho deal they are expected to move for Dortmund winger Ousmane Dembélé instead. The Guardian report that Dembélé could cost the Catalan club up to £135m.

It was believed that Coutinho would be willing to move to Barcelona. However he only desired the move if it could be done ‘amicably’ and with the Brazilian not looking to force a move and Liverpool not willing to sell he looks set to stay on Merseyside.

Barcelona’s interest in Coutinho has been reported for the last few transfer windows and whilst it may not happen this window it appears a matter of time before he finally makes the move. The Liverpool midfielder would link-up with former team mate Luis Suarez.