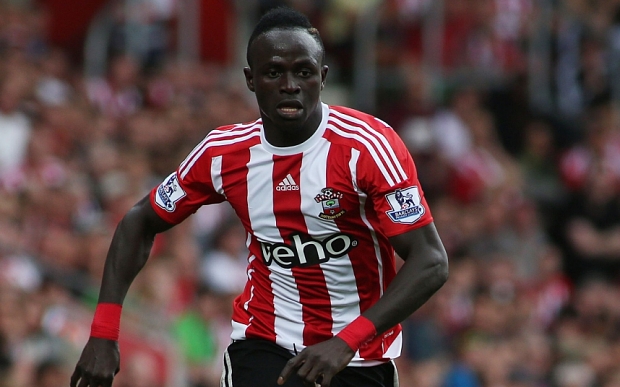 Jurgen Klopp is planning to make a £30million summer move for Southampton forward Sadio Mane in an attempt to beat rivals Manchester United to his signing.

United have been linked with making a move for the 24-year old since last summer, but Liverpool manager Klopp is now planning to beat his clubs bitter rivals to the Senegalese forward’s signature.

Southampton have sold almost every signed one of their star players in recent years, including Nathaniel Clyne, Dejan Lovren, Adam Lallana and Rickie Lambert to Liverpool, whilst losing Morgan Schneiderlin and Luke Shaw to Manchester United.

The Saints are also on the brink of losing yet another manager as Ronald Koeman is on the verge of his own move to Merseyside.

The Sun claims that Liverpool are close to agreeing a £25million deal, plus £5million worth of addons for the forward, who is thought to be keen to move to Anfield.

Liverpool are looking for attacking reinforcements as they prepare to sell Christian Benteke and Mario Balotelli this summer, whilst Daniel Sturridge’s future is also in doubt at the club after being left out of a number of high profile games by Klopp.

Mane would add the pace and goals the Klopp’s system requires.