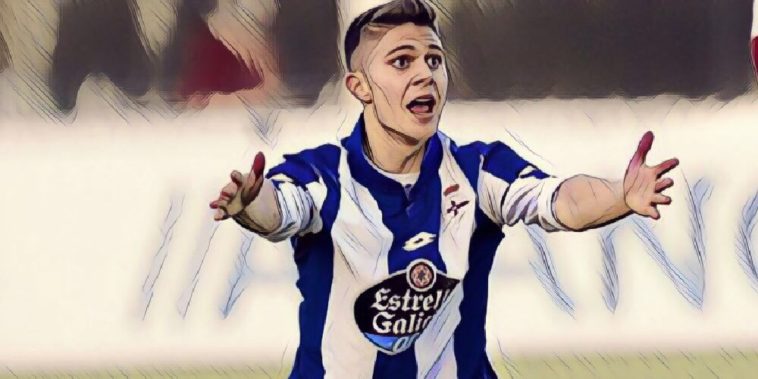 Liverpool, Manchester United and Tottenham Hotspur have been linked with signing Spanish youngster Pinchi according to reports.

The 22-year-old has put in a string of impressive performances for the Deportivo La Coruna’s with his pace attracting the Premier League trio who could be set to land an absolute bargain.

The forward is out of contract in the summer and is set to leave the club on a free transfer, although a small amount of compensation will have to be paid due to his age.

According to the Sun, Liverpool are the favourites for his signature with Jurgen Klopp wanting more alternatives to his forward line on Mo Salah, Roberto Firmino and Sadio Mane.

However, Jose Mourinho and Mauricio Pochettino are both also known to be interested in signing him as they also look to bolster their squads. Both United and Spurs were interested in signing Bordeaux wideman Malcom in the January window, but with the French side wanting in excess of £40m, United signed Alexis Sanchez from Arsenal while Spurs bagged Lucas Moura from PSG.