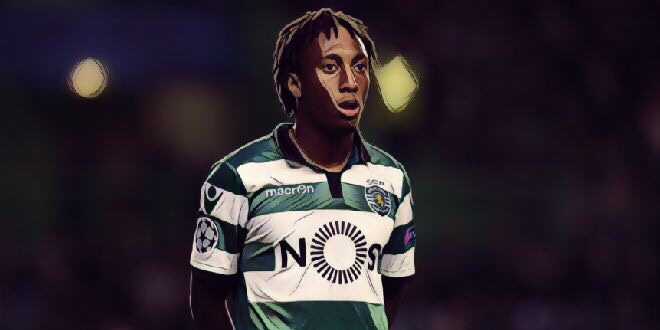 Liverpool are lining up a £53m move for Sporting Lisbon forward Gelson Martins according to reports in Portugal.

Liverpool are well stocked in their attacking areas, with Sadio Mane, Mo Salah, Roberto Firmino, Philippe Coutinho and Alex Oxlade-Chamberlain all vying for places However, the sensational form of Mohammed Salah is reportedly attracting the attention of current European champions, Real Madrid.

The Egyptian has been involved in 14 goals in the opening 14 Premier League, and is the League’s top goalscorer.

If Salah were to move to Real Madrid, Martins could be his replacement. The Portugal international has scored four goals in 12 games for the Portuguese side this season, and has previously been linked with Manchester United and Real Madrid.

He has a £53.5m release clause in his contract, and the reports in Portuguese publication A Bola suggest that Liverpool are preparing a bid.

A move would see Liverpool smash their club transfer record once again. They recently matched their club record by signing Salah for £35m, before agreeing a £48m deal to sign Naby Keïta from RB Leipzig, a move that will be completed next summer.