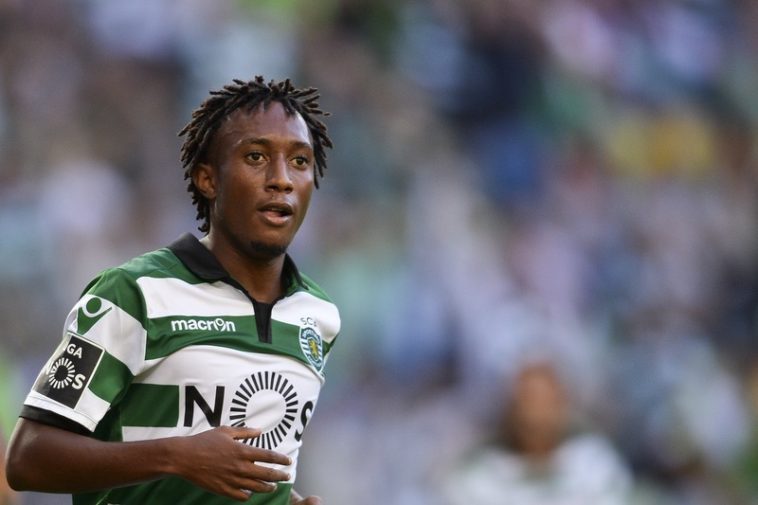 Liverpool have opened talks over Sporting Lisbon wing Gelson Martins after their move for Mohammed Salah has hit the rocks.

Jurgen Klopp were believed to be close to securing a deal to bring the former Chelsea flop to Anfield, and are thought to have agreed personal terms with the player. However, they are believed to be having a difficult time negotiating with his club, AS Roma.

The Serie A club are believed to be holding out for £35million, despite only signing the Egyptian for £13m last summer. Liverpool are believed to be unwilling to pay that amount for the £24-year-old and have apparently started to look for alternatives.

Sky Sports are reporting that that one of those options is the Sporting Lisbon winger Gelson Martins.

The 22-year-old has been watched by Jurgen Klopp’s team throughout the season. He has a €50m (£46.5m) release clause but the report claim that the Portuguese club are willing to negotiate to around £40m.

Despite this being more than they could pay for Salah, they believe that it represents better value due to having the prime of his career ahead of him and a potential profit if he is sold on, something that is unlikely with the Egyptian.

Martins scored 13 goals in 96 appearances for Sporting Lisbon over the last two seasons, and can operate on either wing, as well as at right back.

Whether the interest in Martins is genuine or whether Liverpool are trying to apply pressure on Roma to agree a deal over Salah is yet to be seen. What is certain is that Liverpool are looking to strengthen their attacking options ahead of a Premier League and Champions League campaign.