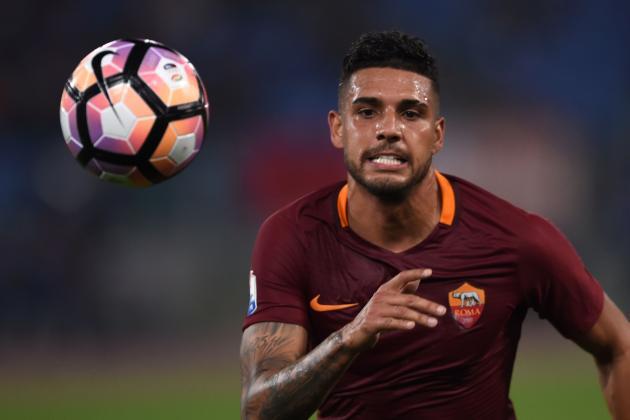 Liverpool are today being linked with Roma left-back Emerson Palmieri according reports in Italy.

Jurgen Klopp has come in for plenty of criticism in recent weeks thanks to his sides defensive frailties. Those frailties were absolutely in evidence last Sunday as Liverpool lost 4-1 to Tottenham at Wembley, with Dejan Lovren facing the indignation of being substituted before half time.

Another defender who has received plenty of criticism in recent months is left back Alberto Moreno. The Spaniard was relegated to the bench last season as midfielder James Milner was Klopp’s first choice at left back. Moreno has gone on to make 11 appearances for the Merseyside club this season, but is yet to fully convince Klopp of his abilities.

Now, according to Calciomercato, the German manager is interested in signing Roma’s Brazilian Brom Emerson Palmieri. Palmieri, who is eligible to play for Italy through residency rules, has been out injured since May since injuring his anterior cruciate ligament.

However, he is expected to return before the January transfer window opens, when he could be offered a big wage increase to move to Anfield. It is claimed that a deal to sign the 23-year-old could cost €25million (£22m).

Former Manchester City defender Aleksandar Kolarov has made a good start to life in the Italian capital and could keep Palmieri out of the side upon his return.