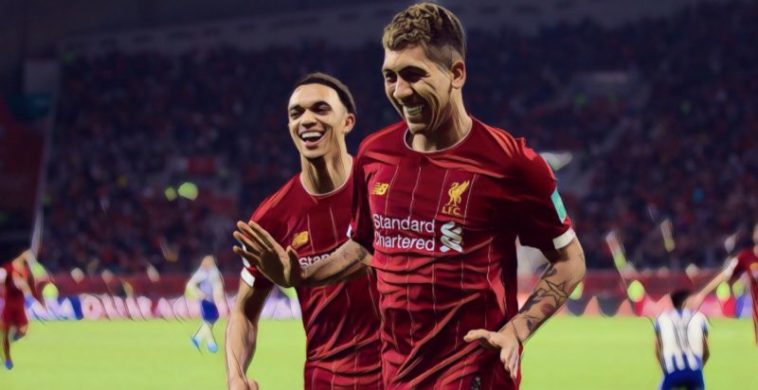 Jurgen Klopp has expressed his delight after seeing Liverpool book their place in the Club World Cup final with a late victory against Monterrey in their semi-final in Qatar.

The European champions were made to work for victory against the Mexican side, Naby Keita’s first-half opener almost immediately cancelled out by Argentine forward Rogelio Funes Mori as Monterrey threatened an upset.

Liverpool fielded a heavily rotated side to compensate for their injury problems with captain Jordan Henderson featuring in an unfamiliar central defensive role, though they secured their passage to the final courtesy of substitute Roberto Firmino’s stoppage-time winner.

Klopp admits he was relieved to see his side avoid extra-time, and the club will now prepare for Saturday’s final where they will meet South American champions Flamengo for the right to be crowned world champions.

”I was actually afraid of the extra-time, to be honest! So I was more than happy when Bobby scored that goal,” Klopp said at his post-match press conference.

”We had to do a few changes because we had no other options, but we wanted some other changes for the line-up. It means we left Trent out, Bobby out and Sadio out, so that gives us then the opportunity when the game is not decided to make a decision.

”That Bobby scored the goal is just wonderful. He came on and was immediately in the game, really good situations – the pass for Mo maybe not clear enough but he helped us a lot. Sadio with his power and all that stuff, Trent immediately dangerous crosses, so it helped.

”But staying on track is part of our game. For sure, you cannot plan a goal like this, you only should not think it is impossible. Super, super goal.

”I saw the goal but not that the ball went in because so many players were in between, I just saw the reaction of the opposite goalkeeper and he was not too happy, so I started celebrating. It was really, really cool.”