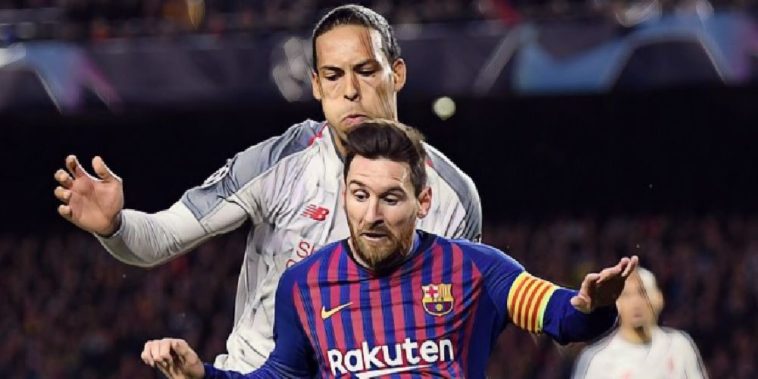 Jurgen Klopp has given his verdict on the Ballon d’Or after seeing Liverpool’s Virgil van Dijk narrowly beaten to the award by Barcelona star Lionel Messi.

Messi was announced as the winner of European football’s highest individual honour at a ceremony in Paris, winning the accolade for a record-breaking sixth time despite strong competition from the Liverpool defender.

However, Messi was unveiled as this year’s Ballon d’Or winner following yet another stunning season for the Catalan side, and Klopp admits he has no complaints with the winner despite Van Dijk’s imperious season for his side.

“That is how people see it. Absolutely no problem,” the Liverpool boss told his pre-match press conference ahead of tomorrow night’s Merseyside derby with Everton.

“Lionel Messi is probably the best player I saw in my lifetime. Maradona, but I see Messi more often. Lionel rightly won it six times.

“[But, I] Cannot remember a more impressive season for a defender, ever.

“We played an outstanding season, we won the Champions League and got 97 points, we cannot do that with out-performing players.

“It is nice but it is last season, I am sure now all awards are done and the boys can go for new awards if they want.”

Liverpool face struggling city rivals Everton at Anfield on Wednesday night, looking to maintain their eight-point advantage at the top of the Premier League. Everton are currently on a poor run of just one win in five games, sitting just one position outside the league’s relegation places.