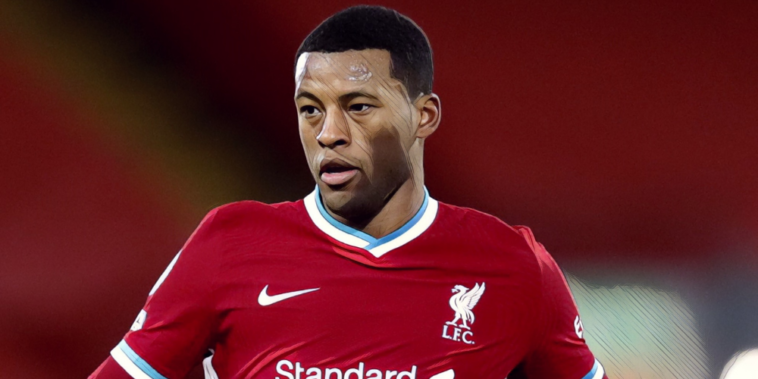 Liverpool are reportedly in the dark over reports that Georginio Wijnaldum has agreed a pre-contract agreement to join Barcelona this summer.

Wijnaldum’s future has dominated the headlines in recent months with the midfielder having entered the final months of his contract on Merseyside, the Reds having been unable agree terms over an extension with the Netherlands international.

The 30-year-old is understood to have been a target for Barcelona for some time with Ronald Koeman keen to reunite with a player he previously worked with for the Dutch national side, and reports this week have suggested the Spanish giants have agreed a deal with the player.

According to the Sunday Times, Wijnaldum will become the first signing of Joan Laporta’s second reign as president of the Catalan club, an agreement having been reached which will see Wijnaldum move to the Camp Nou on a free transfer.

Whilst those reports may be true, the Liverpool Echo say that Wijnaldum is yet to inform Liverpool of his decision with the club having been left in the dark by the midfielder’s intentions beyond the season.

Wijnaldum became one of Jurgen Klopp’s first signings as Liverpool manager after signing from Newcastle in a £25m deal in 2016, the star having since been an integral figure in the Reds’ successes, winning the Champions League and Premier League over the past two seasons.

Despite the ongoing uncertainty surrounding his future, the midfielder has remained an almost ever-present in the side this season and has featured in all but two of the club’s 42 games in all competitions.