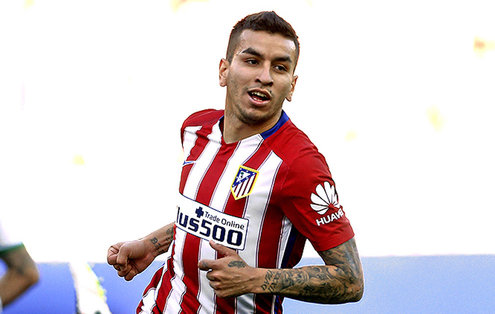 Atletico Madrid’s Angel Correa could be on the verge of a move to Liverpool amid reports of the Reds offering a five-year deal.

Liverpool are weighing up the possibility of signing Angel Correa according to Foot Mercato. The 22-year-old has been offered £2.9m-a-year on a five-year deal.

However Liverpool may need to improve their offer if they want to land the Argentinian. Reports suggest that the winger wants £3.97m a year to join the Reds.

No fee has been agreed between the two clubs yet but it is believed that Atletico are holding out for £25m for Angel Correa. Should Liverpool stoop up the cash they would land themselves a tricky winger whose style has been compared to Sergio Aguero and Carlos Tevez.

Angel Correa is predominately a right winger but his versatility allows him to play anywhere across the front three, something that will be very appealing to Jurgen Klopp. Last season he managed eight goals and 11 assists in 47 appearances.

Whilst no deal has been agreed yet discussions are reported to have taken place. Liverpool are keen to add more quality to their squad after already capturing the services of Mohamed Salah.