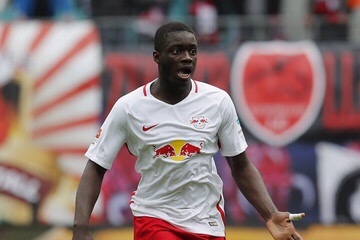 Liverpool are plotting a move for RB Leipzig defender Dayot Upamecano according to reports in Germany.

Liverpool’s desire to sign a new centre back is no secret following their very public pursuit of Southampton defender Virgil van Dijk this summer. However that pursuit ended in disappointment with the Saints refusing to sell the Dutchman for any price, even reporting the Reds to the FA for an alleged illegal approach.

According to a report in German publication Bild, they are interested in signing RB Leipzig defender Dayot Upamecano.

The 18-year-old defender only moved to the Bundesliga club nine months ago, joining from Leipzig’s sister club RB Salzburg on a four-and-a-half year deal worth around €10m. He went on to make 12 appearances for Leipzig last season, and had already made a further five appearances during the early parts of this season.

However, Leipzig have reportedly responded to rumours linking Upamenco to Liverpool by offering the defender a big new contract with a whopping new release clause. It is claimed that this release clause could be as high as €100m.

Upamecano has been previously linked with moves to Manchester United and Arsenal.

Liverpool have already raided RB Leipzig this summer, securing a £48m deal for Naby Keita, who will complete his transfer to Anfield next summer.