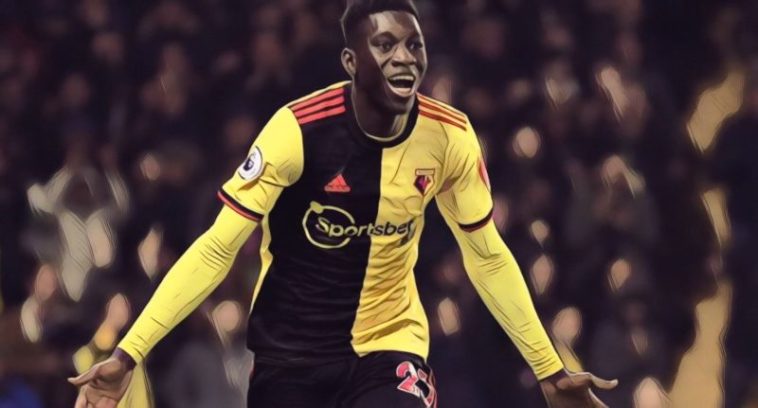 Liverpool are reportedly the ‘frontrunners’ to sign Ismaila Sarr as relegated Watford place a £40m valuation on the in-demand winger.

Sarr enjoyed a promising debut season in English football despite Watford’s relegation to the Championship, with the Senegalese international now reportedly attracting the interest of several top flight clubs.

Crystal Palace and Wolves have been linked with moves for the 22-year-old as they seek attacking reinforcements this summer, whilst Premier League champions Liverpool are believed to be admirers of the player and have sent scouts to watch the youngster.

Sarr starred during Watford’s 3-0 win over Liverpool earlier this season and, according to the Evening Standard, the Reds are emerging as the ‘frontrunners’ to secure his signing, with Jurgen Klopp keen to add depth to his attacking options amid the club’s reliance on their fabled front three.

Sarr is also understood to be interested in a move to Merseyside, where he would be handed the opportunity to develop further and play alongside hero and international teammate Sadio Mane – the duo having been filmed in close conversation following the meeting between the two sides at Anfield earlier this season.

Watford – who are under no financial pressure to sell despite their relegation and the financial impact of the coronavirus pandemic – are reluctant to allow the player to leave easily, however, and will demand a fee of £40m for his services.

The Hornets signed Sarr in a club-record £30m deal from Rennes last summer and believe the player’s value has only increased following his first season in the Premier League.

Crystal Palace scouted Sarr during his time in France but could be priced out of a move this summer, whilst Wolves’ interest in the player could be dependent on the future of Adama Traore despite Nuno Espirito Santo’s declaration the club need ‘more players’ following their Europa League exit to Sevilla this week.