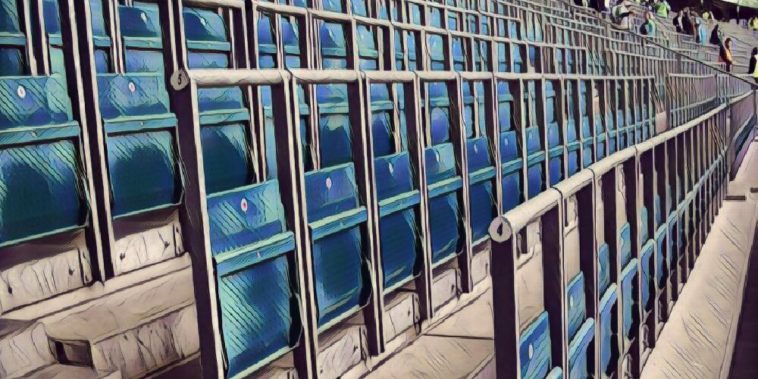 Safe standing in the Premier League could have moved a step closer after a group of Liverpool fans give their backing to the scheme.

Standing at top flight English stadia is against the law, and has been since 1990, the year after the tragic events at Hillsborough where 96 Liverpool fans lost their lives during an FA Cup final fixture.

Since then, there has been a decline in atmosphere at stadiums, with some fan groups asking the law to be changed to allow ‘safe standing’ to be reintroduced.

While the government have made noises about looking into its introduction, there have always been pockets of resistance from some segments of Liverpool supporters, which is unsurprising considering what they went through back in 1989.

However, that resistance could be about to become a little easier, after members of the ‘Spirit of Shankly’ group travelled to Celtic Park for the match against Ross County as part of ongoing discussions around rail seating. They were accompanied by fellow supporters, Hillsborough families and survivors in order to gain a more informed understanding of the facility, which is not outlawed in Scotland.

Rail seating still provides a seat for all fans for occasions when they are required (ie Champions League games), but the design of it means it can be stowed away, allowing fans to stand. There is a rail in front of each row of supporters which prevents crowd surges and crushes like we used to see in the past.

Celtic’s rail seating section is in the north east corner of Celtic Park and houses around 2,600 fans for domestic matches. The area then becomes all seater once again for European games.

The seating was installed just under two years ago after a safety certificate was issued. Celtic Park became the first top flight stadium in the UK to implement the system.

One fan who attended the game at Celtic Park commented: “It’s a much safer environment because people will stand at the match anyway so if they are going to stand they may as well do it in a much safer area like this.”

A fellow supporter, who was at Hillsborough on that fateful day added: “I have always held the view that if anybody at all is opposed to rail seating then I would oppose it and that has been my thought for years.

“I was, until half an hour ago, opposed to the idea of introducing rail seating but this visit has been a real game-changer for me.”

Another added: “I don’t feel it would be problematic, it feels more comfortable, it’s been an interesting experience.”

Last year 18,000 Liverpool fans took part in a poll on rail seating run by Spirit of Shankly and 88 per cent voted in favour.