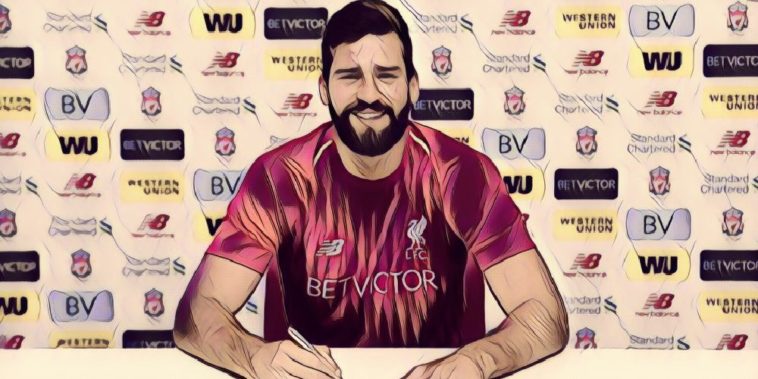 Alisson Becker has officially completed his record breaking £67m move to Liverpool. The goalkeeper is the fourth summer arrival for the Reds.

After months of speculation, it has been announced that Alisson has finally completed a move to Liverpool. The deal is a world record fee for a goalkeeper with a reported cost of £66.7m (€75m) according to Sky Sports.

The Brazilian reached the quarter-finals of the World Cup this summer, keeping the number 1 jersey ahead of Manchester City’s excellent Ederson. Alisson is therefore not expected to join up with his teammates until much later in pre-season.

Speaking to the Liverpool website, Brazil international said: “I’m really happy, it’s a dream come true to wear such a prestigious shirt for a club of this size that is used to always winning.

“In terms of my life and my career, it’s a huge step for me being part of this club and this family.

“You can be certain that I’ll give my all.”

Alisson was rumoured to be a key target for Chelsea but failed in their negotiations with Roma. It is believed that Liverpool offered substantially more for the Brazilian than Chelsea were prepared to pay.

Chelsea will however be keen to sign a goalkeeper quickly as Thibaut Courtois closes in on a move to Real Madrid for a reported fee of £31m-£36m according to the Mirror.

Alisson has reportedly agreed a 5-year deal with the club and becomes Liverpool’s fourth signing of the summer, following the arrival of Naby Keïta, Fabinho and Xherdan Shaqiri.