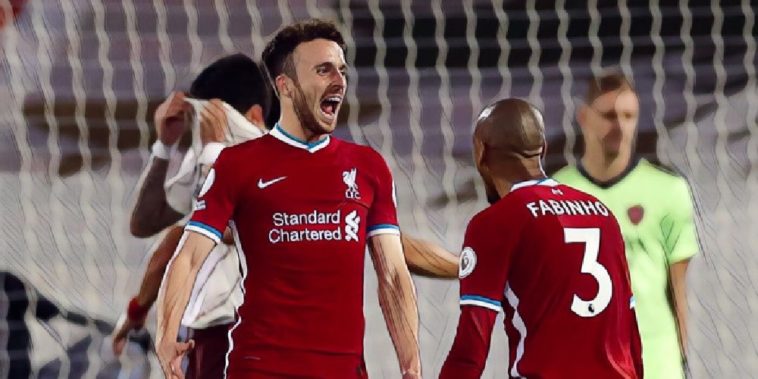 Liverpool assistant coach Pep Lijnders has praised the Diogo Jota’s penalty area instinct after the new signing opened his account for the club this week.

After three seasons at Wolves, the 23-year-old earned himself a move to the Premier League champions this summer, his 16 goals in all competitions last term as well as his tireless pressing seeing him emerge as a candidate to be an ideal backup for Liverpool‘s famed front three.

Having come off the bench in the 80th minute, the Portugal international was in the right place at the right time to control a David Luiz clearance, before instinctively firing home his first goal for the club to wrap up a 3-1 win against Arsenal on Monday night.

The two sides meet again on Thursday in the fourth round of the Carabao Cup, and Lijnders admitted that Jota’s ‘pure instinct’ of being in the right attacking area’s is a trait which is ‘really difficult to coach’.

“Diogo, for passionate players, for players who have goals in them, there is always space at Liverpool. [He has] a great desire to learn our game, he will add something,” Lijnders said at a press briefing ahead of Thursday’s game.

“I said last week he is at the same level technically as our front three and the one thing I found really difficult to coach is the intuition in the box, being in the right position to score like the pure instinct of a striker – what we want from many players, of course, but especially from our front three.

“He, in 10 or 15 minutes, was three or four times in the position to score, so that’s really something that is good.”