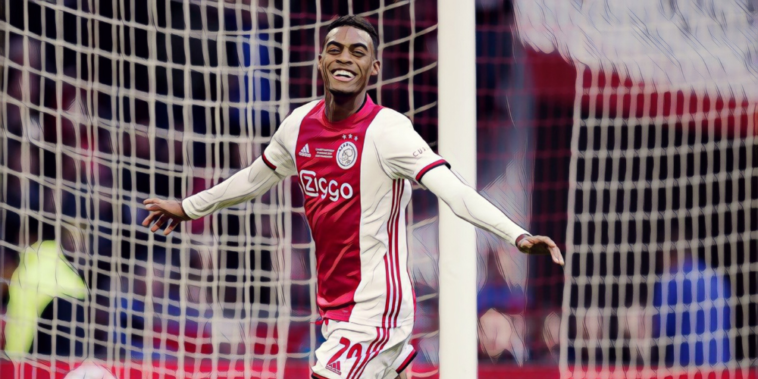 Liverpool and Chelsea are set to battle it out over the signing of Ryan Gravenberch with the Premier League duo keen on the signing of the Ajax midfielder.

Gravenberch is the latest exciting talent to emerge from Ajax’s academy ranks and has attracted interest from Europe this season following his performances for the Dutch side, featuring 36 times across all competitions.

The 18-year-old has scored three goals and provided a further five assists in the Eredivisie this season and according to the Mail will cost interested suitors in the region of £30m.

Liverpool are understood to be monitoring the teenager closely as they seek a replacement for Georginio Wijnladum this summer, the midfielder expected to leave the club on a free transfer at the end of the season with no breakthrough on agreeing an extension.

Wijnaldum has been strongly linked with a move to Barcelona this summer and his replacement could be a player who joined him in the senior Dutch national side during last month’s international break, making his debut against Turkey in a World Cup qualifier.

Liverpool will face competition for his signature from Chelsea however, with Thomas Tuchel an admirer of the youngster who has drawn stylistic comparisons to Manchester United midfielder Paul Pogba.

Gravenberch could become the latest Ajax star to leave the club for a big-money move to the Premier League, following the departures of Donny van de Beek and Hakim Ziyech to English football last summer.