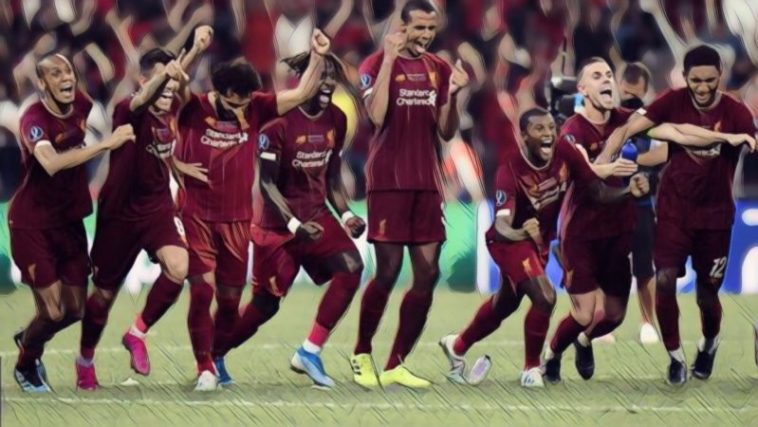 Liverpool boss Jurgen Klopp says that the victory was all the mattered as his side beat Chelsea in a penalty shoot out tonight in Istanbul to lift the UEFA Super Cup.

Liverpool started brightly and seemed to have the measure of a Chelsea defence that conceded four times during their Premier League opener against Manchester United last weekend.

However, Frank Lampard’s side gradually began to gain a foothold in the game and by the time Olivier Giroud slotted home on 36 minutes after being played in behind by Christian Pulisic, it was well deserved.

Liverpool boss Jurgen Klopp turned to Roberto Firmino at the break and the Brazilian striker immediately made an impact, making a nuisance of himself in the box, allowing Sadio Mane to tap home from close range.

The Reds looked energised during the second period and it took a superb double save from Chelsea ‘keeper Kepa to keep the scores level.

Chelsea did finish strongly though, with substitute Mason Mount unlucky to see a fine finish chalked off for offside, and the game headed into extra time.

Senegalese attacker Mane then hit home an expertly taken finish after a pullback from Firmino five minutes into the first half of extra time. Chelsea were not going to go quietly, however, and struck back just six minutes later via a controversial Jorginho penalty.

With the teams still tied at the end of the second half of extra time, we entered the lottery of penalties, where Chelsea youngster Tammy Abraham would be the unlucky player to miss his spot-kick and hand Liverpool their second European trophy in the space of a couple of months.

Speaking after the game Reds boss Klopp admitted it had been a difficult nights work for his side and praised the fighting spirit his team showed.

“It was a very difficult game for both teams. It was all about winning it and we did that in the end,” Klopp told BT Sport.

“Nobody in the stadium wanted extra-time, it was a killer. I’m not sure about the penalty but who cares now.

“We started well then dropped off… we could talk about football but it’s too late now. We had to fight and the boys did tonight.”