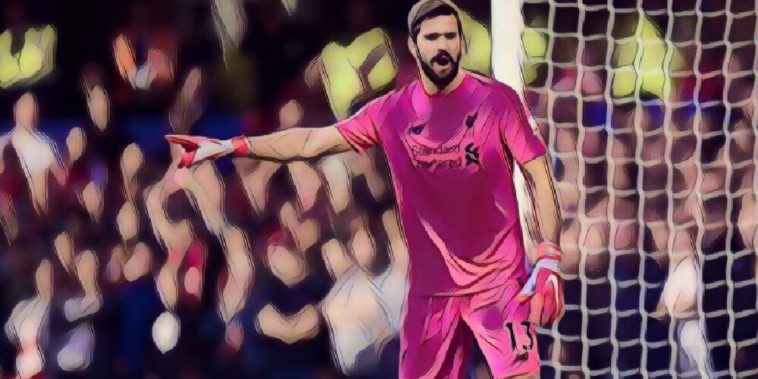 Liverpool’s £67 million goalkeeper Alisson Becker has said that having a Brazilian contingent around him at Anfield is helping him settle in at the club.

Alisson became the world’s most expensive goalkeeper of all time when Liverpool agreed to pay Roma the whopping figure back in July, although the record wouldn’t last long as Chelsea spent £71m to sign Kepa Arrizabalaga from Athletic Bilbao just a few weeks later.

The goalkeeping position is one that has been a problematic one for a number of years at Anfield, but it finally looks as though they have added some real quality in such a key department with Alisson looking to have settled quickly, apart from one howler against Leicester in the early weeks.

However, the 26-year-old has revealed that having fellow Brazilian’s Fabinho and Roberto Firmino with him at the club has made the process of getting used to life in England much easier.

“It helps a lot, mainly with settling in,” Alisson told LiverpoolFC.com.

“It’s not easy to come from one place – a city and a culture – and come to another country. The weather is different, everything changes; you have to adapt to everything, a new language. So having the Brazilians here does help.

“It helps me and helps my family settle in as well. My wife socialises a lot with my Brazilian teammates’ wives as well. That’s really important and it helps me, knowing my family are well and there’s a wider support network for them, even though the club provides us with everything we need.

“I have a great relationship with all my teammates here but it’s always good to have a piece of home, our country, with us.”